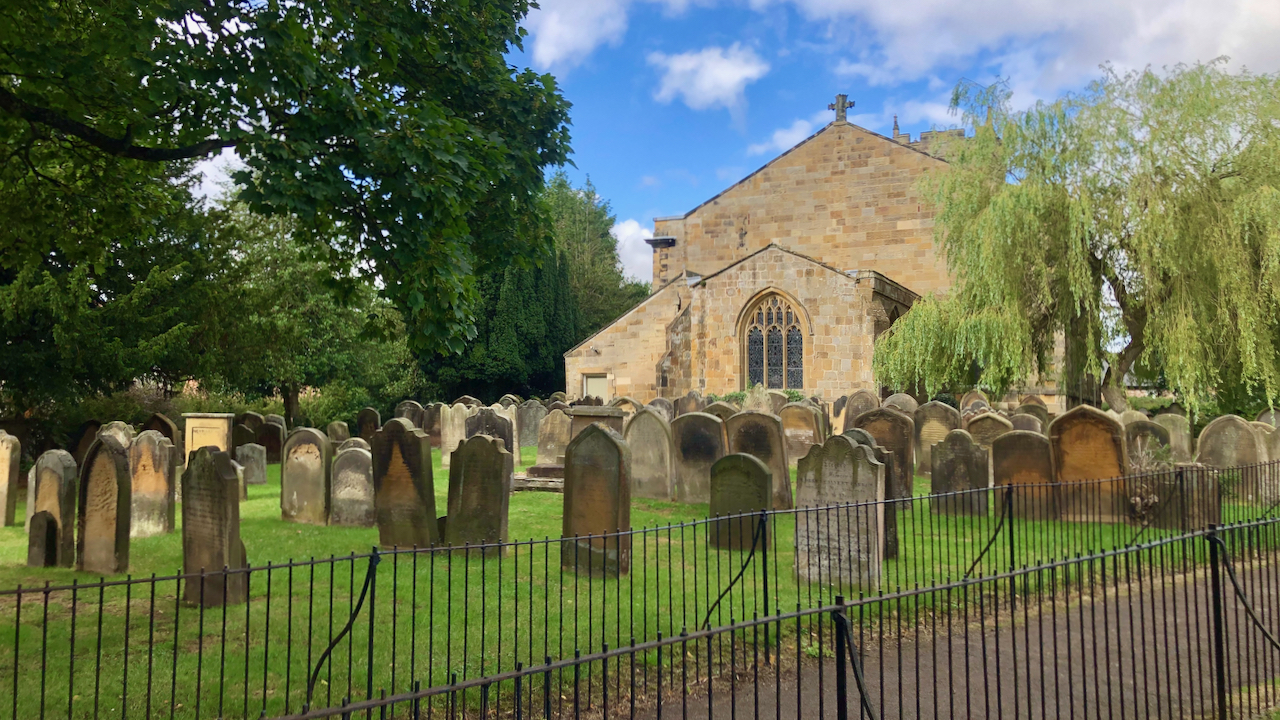 It was completely empty; there was nothing inside except “sawdust and shavings“.

The coffin was supposed to contain the mortal remains of “Elyzabeth Hornsby” as recorded in the parish register books:

Was Elyzabeth ever actually buried? Was her body stolen? Was this all part of some elaborate ruse to disguise her disappearance? It remains a mystery to this day.

Stokesley Church is actually on the site of one of the oldest churches in Cleveland as attested by the Domesday Book2COOK, HUGH W. “Cleveland Re-Visited Stokesley | Cleveland Standard | Saturday 24 December 1932 | British Newspaper Archive.” Britishnewspaperarchive.co.uk, 2022, www.britishnewspaperarchive.co.uk/viewer/bl/0003490/19321224/002/0001.. Of course it’s been rebuilt, restored, and added to many, many times in the intervening centuries.