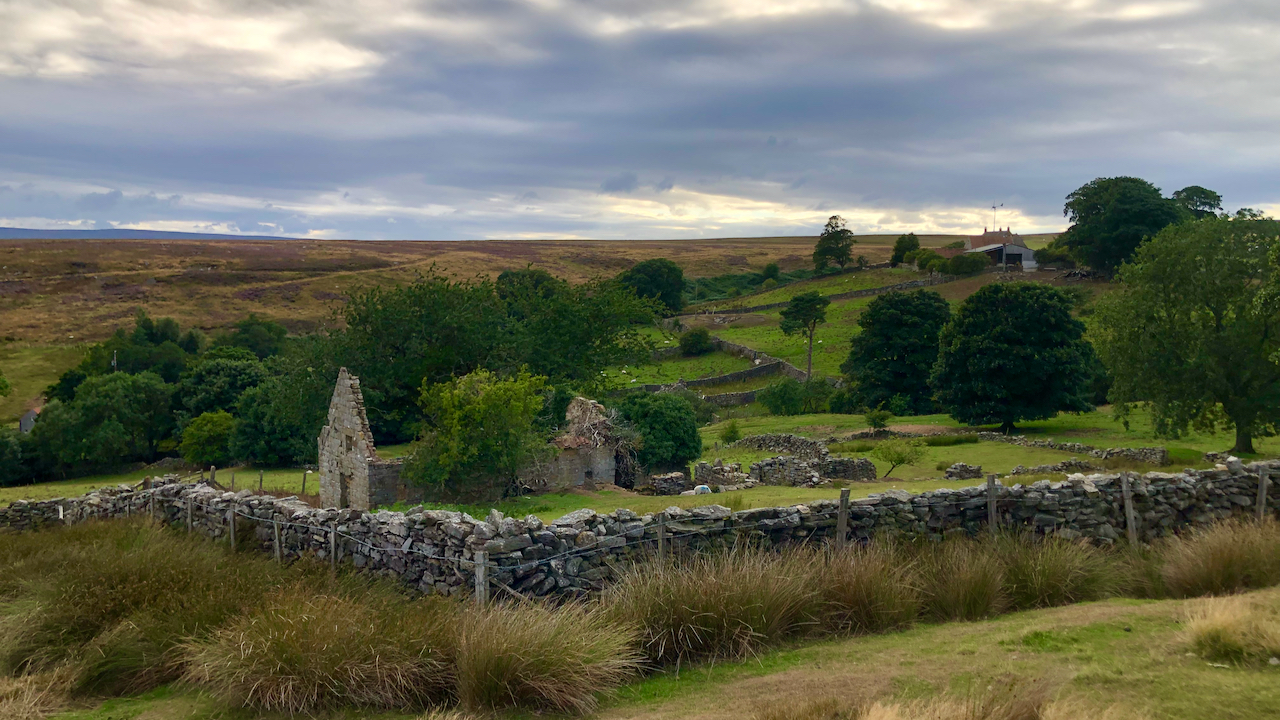 Ruined cottages at Clither Beck. In the distance is Clitherbeck Farm or ‘Doubting Castle’ as it used to be called. Why, oh why was it renamed?

This valley was once the scene of extensive coal mining activity. The coal comprised two seams overall 38cm thick with 10cm of shale in the middle at a depth of up to 48m deep. Access down the shaft was operated by a horse gin. 1Goldring, Denis. “Along the Esk. A guide to the mining geology and industrial archaeology of the Esk Valley.” Peter Tuffs, November 2006. Coal. Chapter 5. Pages 4/7

The earliest reference to coal mining date from the 16th Century. Around 40 men were employed in 18512The Moorland Collieries of North Yorkshire .Page 29. Available online at http://nymcc.org.uk/wp-content/uploads/2016/11/The-Moorland-Collieries-of-North-Yorkshire.pdf. It probably ceased working later that decade.

In 1781, a dispute developed which became known locally as “the battle of Clitherbeck”. The mines were drained by means of underground channels or ‘soughs‘. A Michael Smith was experienced in mining under Lord Downe’s “common” land, so bought the freehold of Doubting Castle, planning to work the coal under his land and draining by soughs driven under the common.

Meanwhile, Lord Downe re-let the mining rights under his land to a John Proud. Smith and Proud were therefore in competition and set about interfering with one another’s drains, culminating in a legal battle. Eventually, Lord Downe bought out Smith, let the property and received substantial rents from the mining3Goldring, Denis. “Along the Esk. A guide to the mining geology and industrial archaeology of the Esk Valley.” Peter Tuffs, November 2006. Coal. Chapter 5. Page 9.