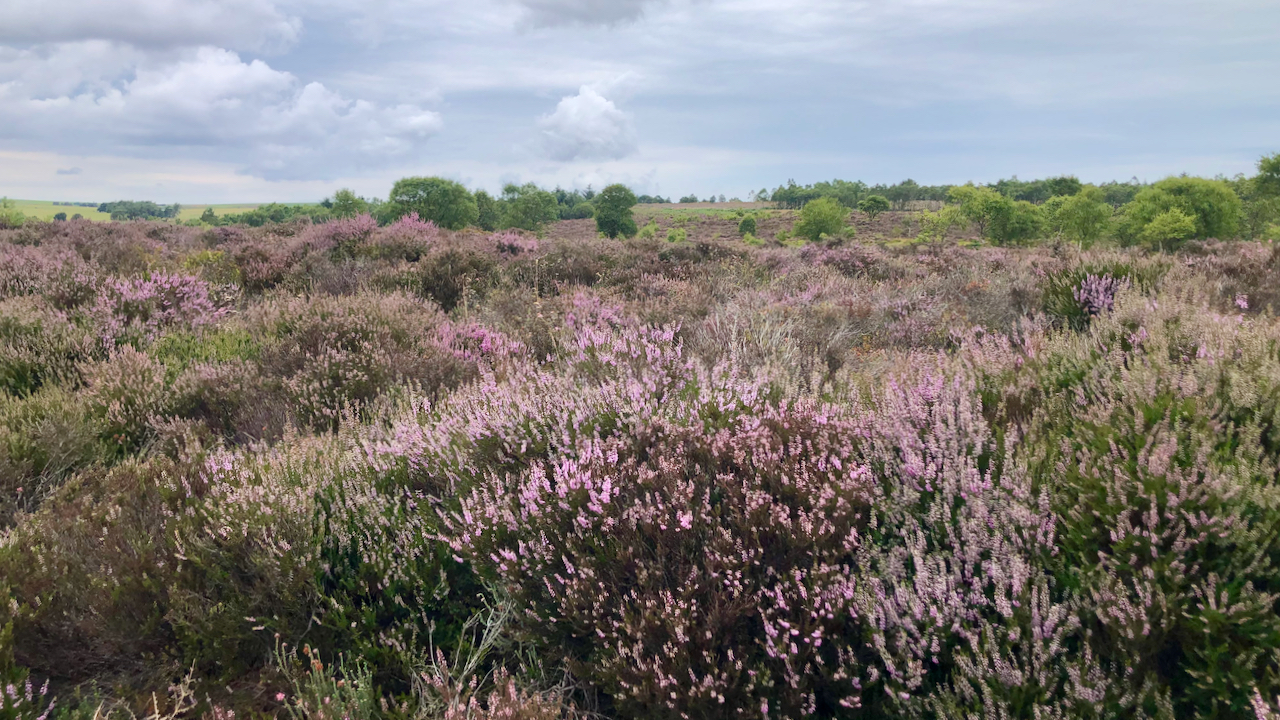 There are very few areas of relict semi-natural moorland to be found on the North York Moors which has not been extensively managed solely to maximise the grouse population.

The National Trust’s Bridestones Moor is one such area and, visually, is currently at its best with the ling coming into bloom.

Although the vegetation is diverse with patches of rushy grassland, occasional birch trees, and a variety of dwarf shrubs. It may seem at this time of the year that mature heather dominates but look closely and cowberries and bilberries are in abundance.

The old heather supports a number of characteristic heather invertebrates including the heather beetle which periodically devastates extensively managed moors.