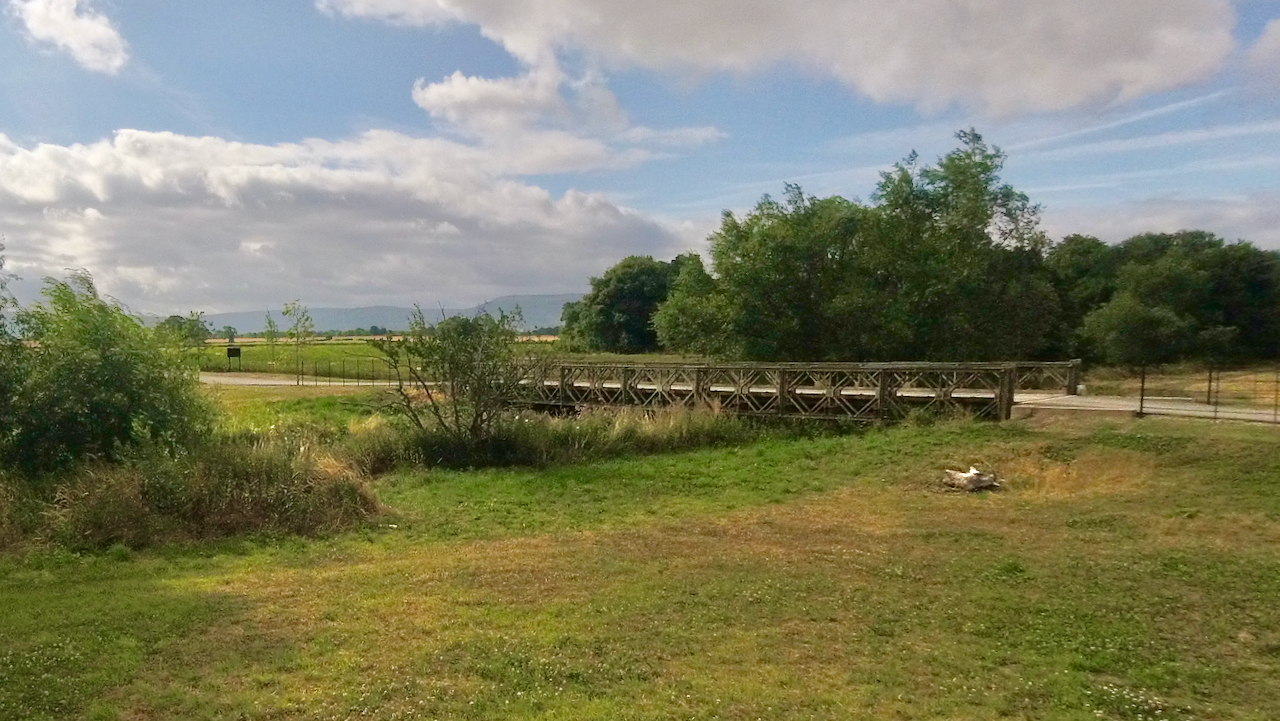 About half way between Great Ayton and Stokesley, a new road leads to a caravan park called Angrove Park, crossing the River Leven on a new Bailey bridge.

The name is taken from Angrove Hall which was demolished in 1832. It was the scene of a murder and the appearance of a ghost1“ANGROVE HALL”. Great Ayton History Society. http://greatayton.wdfiles.com/local–files/individual-houses/Angrove_Hall.pdf.

Sometime in the late 18th-century Angrove was occupied by Thomas Wayne, Esq., a prominent Stokesley businessman and mill-owner.

One of Wayne’s daughters is said to have began a flirtation with his coachman, a Henry Edwards. When Wayne found out he told the young man to leave the hall.

But, apparently, the lady of the house sent Edwards to Stokesley with a box of valuable plate and jewellery to give to the driver of the London coach to deliver in the city.

Edwards was never seen again and Wayne, believing him to have stolen the jewellery so that he might elope with his daughter, offered a reward of £200 for his apprehension of him—dead or alive.

The local gossips went into overdrive, but there was no trace of young Edwards, and it remained a mystery.

A year or two later Mary Edwards, a sister of the coachman, was living at Ayton Grange, and returning from Stokesley late one night, declared that she had seen the ghost of her brother Henry, leaning against a style. She said that he was pointing to his head, and his skull was smashed. She cried out, but the ghost vanished. Mary was adamant he had been murdered and was not a thief.

A few nights later the ghost appeared again, to a second person, the local miller, who happened to be grinding late in his mill. And legend has it that the horses, which Edwards had always driven, refused to pass through the gate of the drive to Angrove Hall.

Eventually, “awd” Hannah Waugh, the celebrated witch from Great Broughton, was consulted. She obtained one the horse’s shoes, “charmed it,” and gave it to Mary, instructing her to take it to the Grange, and if the murderer turned up he would turn pale and faint.

Soon afterwards, Wayne attended a party at the Grange. Mary brought out the horse-shoe, and he collapsed, fell down in a faint, and had to be taken home in his coach.

The news spread throughout the neighbourhood that the master of Angrove Hall was suspected of murdering young Edwards, to prevent his running off with his daughter.

A re-appearance of the ghost caused all the servants to become so terrified that they left the hall.

The master and his family left too, no one knew where to, and the hall was closed up and allowed to crumble away. Wayne died in in 1806, and his will was contested between his various relatives2Ibid..

Many years later, a skeleton, with some of a coachman’s livery still clinging to it, and with a broken skull, was found buried under a small hay-stack near to Angrove Hall3Cook, Hugh. W. “Cleveland Re-Visited Great Ayton”. | Cleveland Standard | Saturday 19 November 1932 | British Newspaper Archive.” Available online at https://www.britishnewspaperarchive.co.uk/viewer/bl/0003490/19321119/166/0010. [Accessed 20 July 2022].

The entrance to Angrove Hall was along the present access road to the sewage works. The gate posts which stood there, through which the horses refused to pass, are now located at the entrance to Stokesley Manor4‘Heritage Gateway – Results’. UID: 332010. Heritagegateway.org.uk <https://www.heritagegateway.org.uk/Gateway/Results_Single.aspx?uid=1150231&resourceID=5> [accessed 24 July 2022].

This carriage drive to the hall crossed the River Leven at the sewage works. I looked for evidence of the abutments but the banks were so overgrown. I understand from the farmer that the bridge from here was reused to cross the river 800m upstream to provide an access to Ayton Grange.