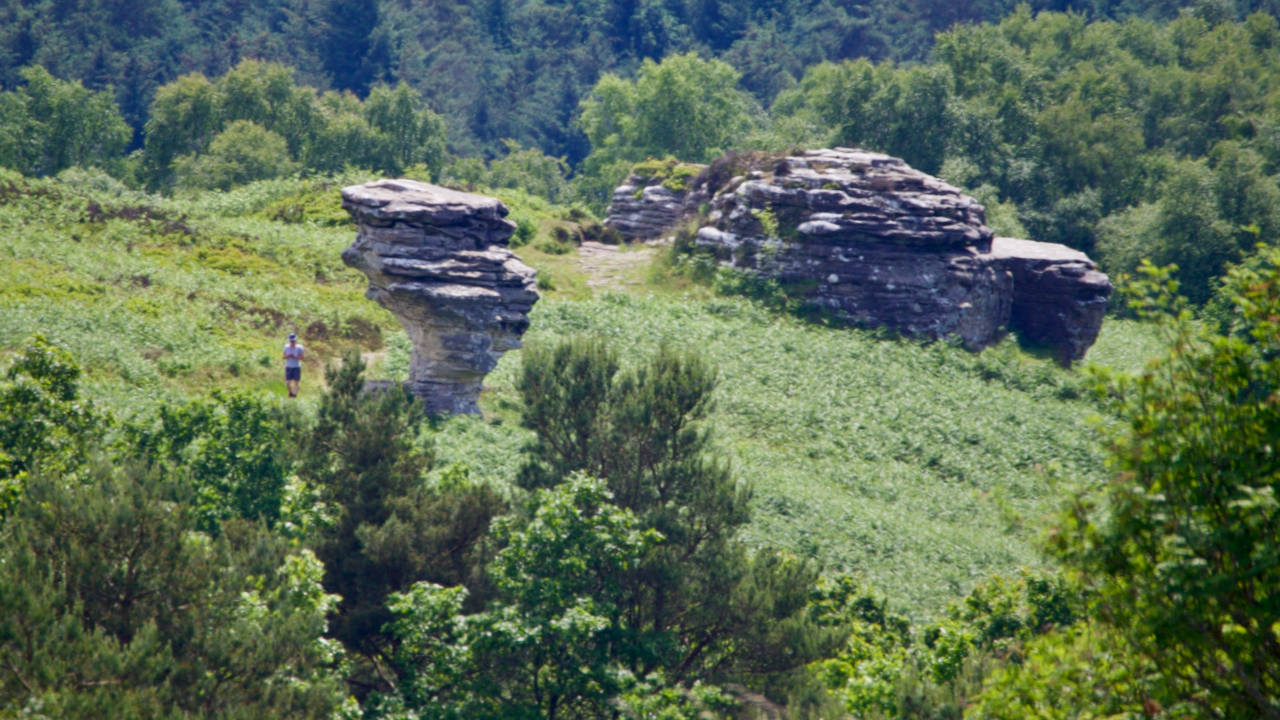 150 million years ago, as the Jurassic seas advanced and retreated, rocks of differing densities were laid down on the sea bed with a hard gritstone laying over softer sandstones.

The sandstone under the  weathered more easily resulting in these fascinating tors.

A myth that is often quoted is of a petrified bridal party that had become lost in the mist but I suspect this story has been ‘borrowed’ from another group of Bridestones on Sleights Moor.

There are three opinions of the probable origin of the name, all disappointingly unromantic.

One suggests it originates from an Old Norse word meaning ‘brink’ or edge stones.

Another that it could originate from ‘briddes‘, the Old English word for birds. I guess, with a bit of imagination, the stones could be said to show some resemblance to our feathered friends.

The third possibility is that name is derived from the Old English personal name ‘Beorhtel‘, which, by the way, is also the origin of the name for Bridlington.