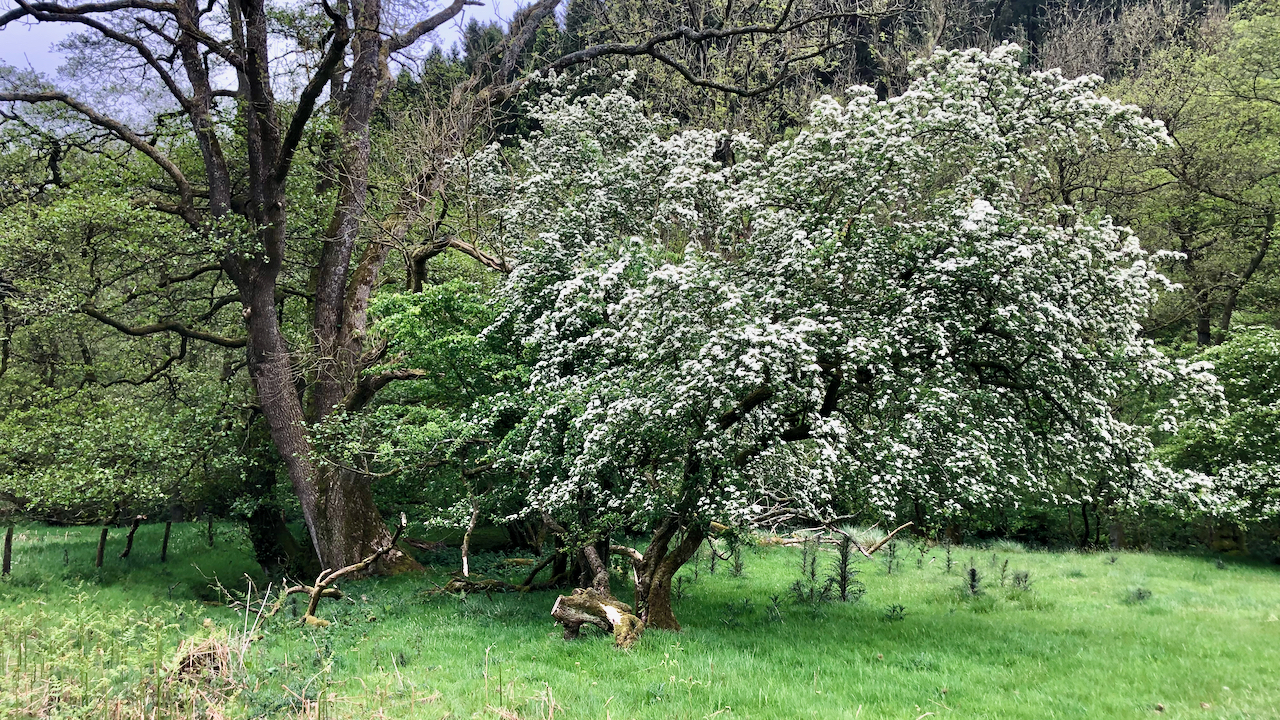 I hadn’t realised until recently just how short flowering seasons are. Snowdrops, Daffodils, Blackthorn. We’re just spent three weeks away. Before leaving, the Bluebells were only just beginning to carpet the woods, now they’re past their sell-by date and going to seed.

Appropriately towards the end of May, the May or Hawthorn tree has burst into a profusion of white, or slightly pinkish, blossom which scent is both powerful and penetrating.

It used to be said that this scent is the scent of death. Old historical writers have related that the smell of the May flower was distinctly like the sickening odour perceptible in London when the Great Plague was raging there. Hence, presumably, the association of the May blossom and death. There was a firm superstition that the flowers should not be brought into the house, with the prediction:

“Who bringeth ye May-flower into the hall, Evil to him shall aye befall.”

But there is some science behind this association with death. The hawthorn’s smell contains triethylamine which is also one of the first chemicals produced when living tissue starts to decay1Mabey, Richard. “Flora Britannica”. Reed International Books Ltd. 1996. ISBN 1 85619 377 2..

Yet May flowers are a symbol of rejoicing that summer is truly here in May poles and May garlands, and the decorations of Jacks-in-the Green and Green Georges. And the old saying:

undoubtably refers to the flowers, not the month.