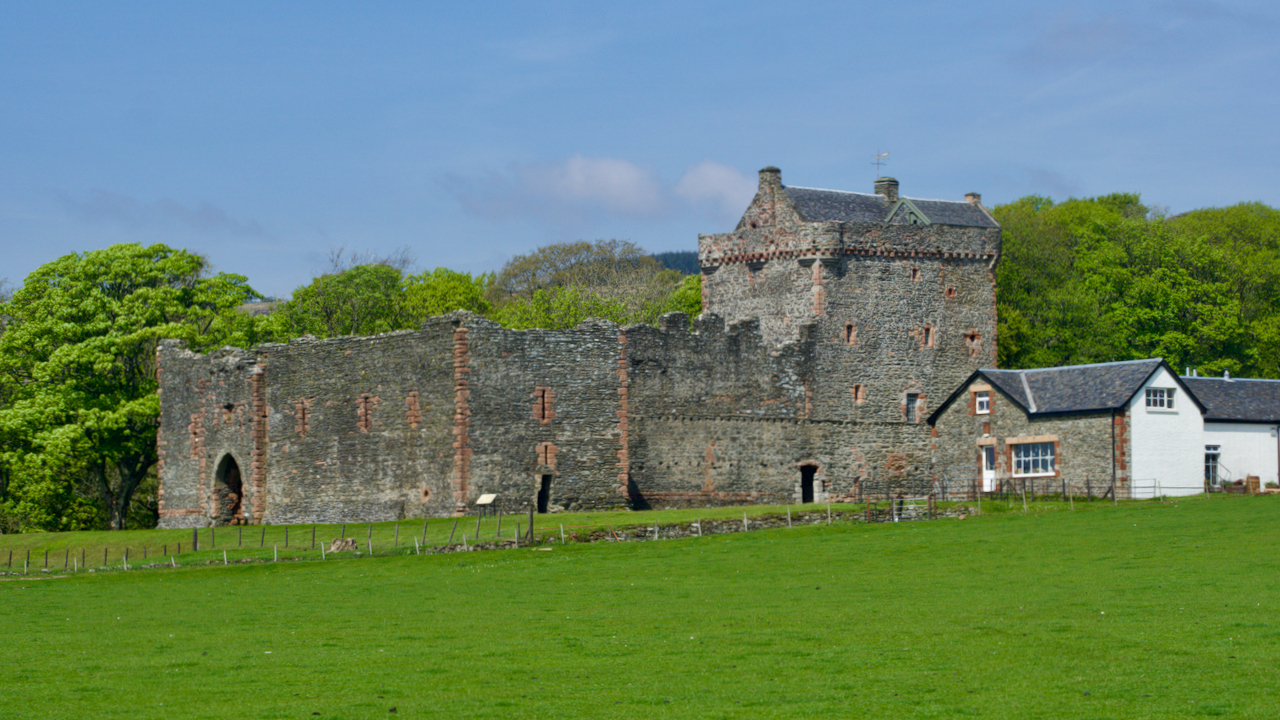 A spur of the moment to turn right after leaving the Lochranza to Cloanaig ferry brought us to Skipness Castle.

We could tell from the map there was a castle but hadn’t expected this gem. And another one probably built by Dubhghall mac Suibhne — of the MacSween clan — who also built Lochranza castle, the subject of my post the day before last1Wikipedia Contributors (2022). Dubhghall mac Suibhne. [online] Wikipedia. Available at: https://en.wikipedia.org/wiki/Dubhghall_mac_Suibhne [Accessed 8 May 2022]..

Both Skipness and Lochranza castles stood on the border between territories controlled by the King of Norway and the King of Scots, territories which were dependent on seafaying. The castles provided control over the Kilbrannon Sound.

By 1262, the MacSweens had been replaced as Lords of Knapdale by the Stewart Earls of Menteith and in 1266, the lordship of Argyll and the Isles was transferred to the King of Scots by King Magnus of Norway but the castle continued to be startegically important.

The MacDonald Lords of the Isles held the castle between 1325 and the end of the 15th-century and much of the remaining structure dates from this period2Canmore.org.uk. (2022). Skipness Castle | Canmore. [online] Available at: https://canmore.org.uk/site/39798/skipness-castle [Accessed 8 May 2022]..

The castle was finally abandoned about the end of the 17th century and later used as a farmsteading.