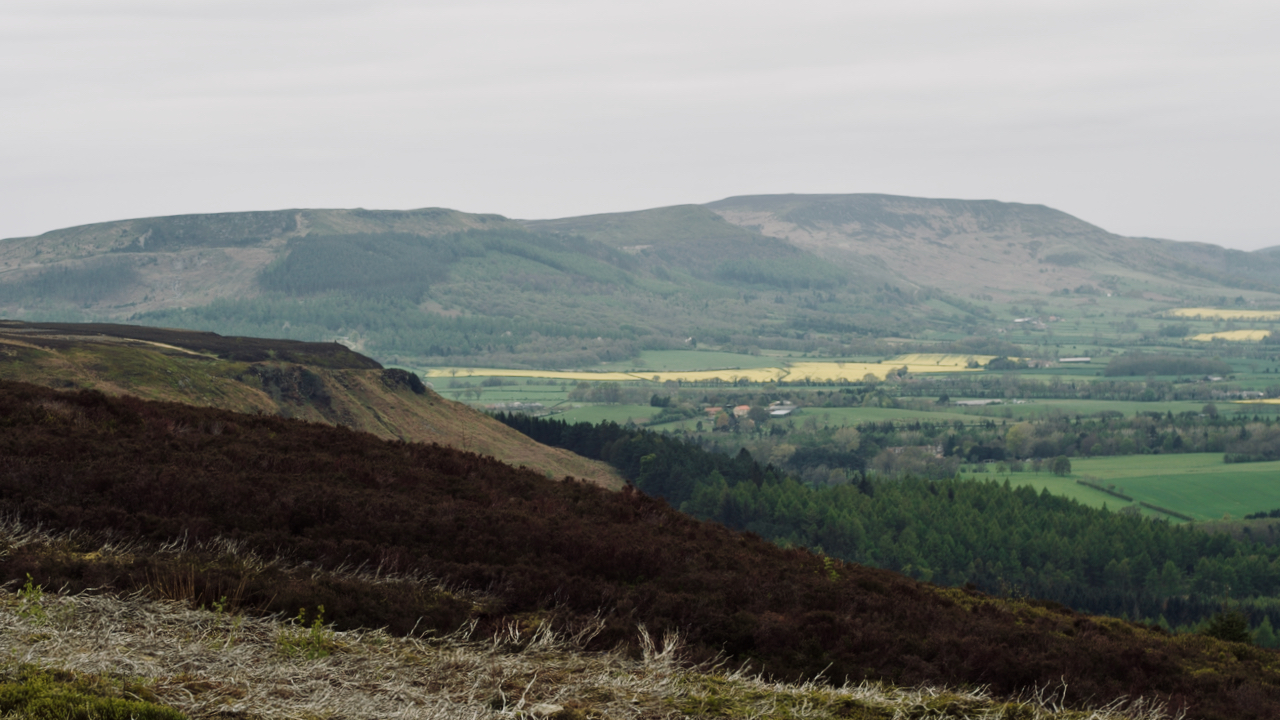 Turkey Nab with a backdrop of Carr Ridge and White Hill.

A gloomy over cast day, which doesn’t do credit to probably the best view of the Cleveland Hills and the fertile plain below.

The stiff, steep climb of Turkey Nab, a favourite for off-road enthusiasts, is an ancient track over the dark moors to Kirbymoorside.

The cairn on the Nab can just be made out. There used to be a gibbet here where William Parkinson was hung in chains there in 1729. The story goes that the Foulis family could see it from their windows down at Ingleby Manor, so Sir William Foulis had it removed. Turkey Nab was also the name of an ass’s colt owned by Sir William, which he matched at Guisborough against an ass of Sir William Chaloner’s1‌From Readers’ Diaries. | Northern Weekly Gazette | Saturday 02 September 1916 | British Newspaper Archive. [online] Available at: https://www.britishnewspaperarchive.co.uk/viewer/bl/0003075/19160902/198/0024 [Accessed 27 Apr. 2022]..