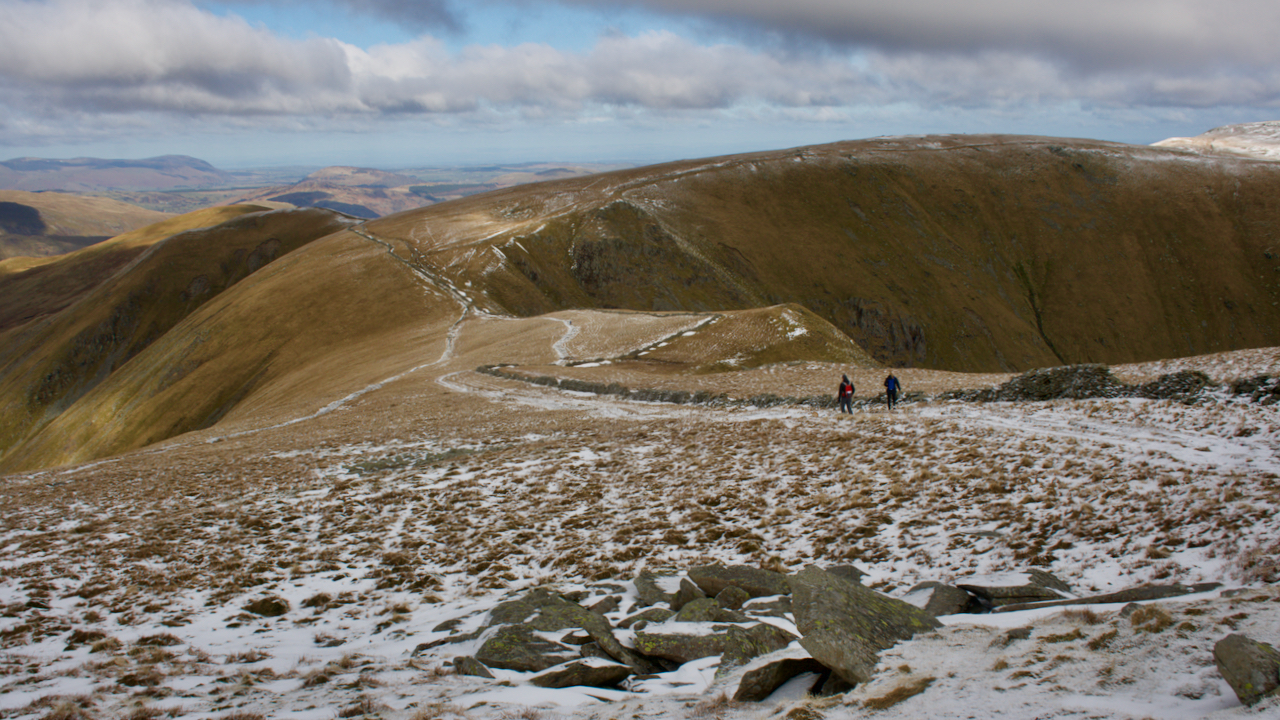 The first reference to a Roman Road over the 828m high fell High Street appeared in a book published in 1814 by John Britton and Edward Wedlake Brayley: ‘The Beauties of England and Wales, Or, Delineations, Topographical, Historical, and Descriptive, of Each County‘1“KENTMERE HORSESHOE, LAKE DISTRICT NATIONAL PARK, CUMBRIA Archaeological Evaluation”. Greenlane Archaeology Ltd, November 2006 Available online at https://archaeologydataservice.ac.uk/archiveDS/archiveDownload?t=arch-700-1/dissemination/pdf/greenlan1-22285_1.pdf[Accessed 25 February 2022].

In spite of some Victorian excavations, when nothing conclusive was found, the general assumption was that the route connected the Roman forts at Brougham, near Penrith, and Ambleside, suggesting that a likely construction date sometime during the late 1st or early 2nd century A.D.

An archaeological survey in 2006 in advance of some footpath repairs concluded that the road surface “is not what might be described as typical for the Roman period, but it does have some similarities with other [upland] roads of Roman date“3WHITEHEAD, SAMUEL AND DANIEL W. ELSWORTH. “Investigation of part of the High Street Roman Road in Kentmere”. [online] Available at: https://archaeologydataservice.ac.uk/archiveDS/archiveDownload?t=arch-2055-1/dissemination/pdf/Article_Level_Pdf/tcwaas/003/2008/vol8/tcwaas_003_2008_vol8_0018.pdf..

Lowland Roman Roads were built raised above the general ground level, surfaced with a camber and with ditches either side, to ensure good drainage. In contrast, parts of the route over High Street actually shows signs of being a hollow-way.

‌So basically no evidence has been found that a road over High Street was built by the Romans. There may well have been an existing prehistoric route which may have been used by the Romans. Maybe even repaired by them.

and before the final climb up to High Street.