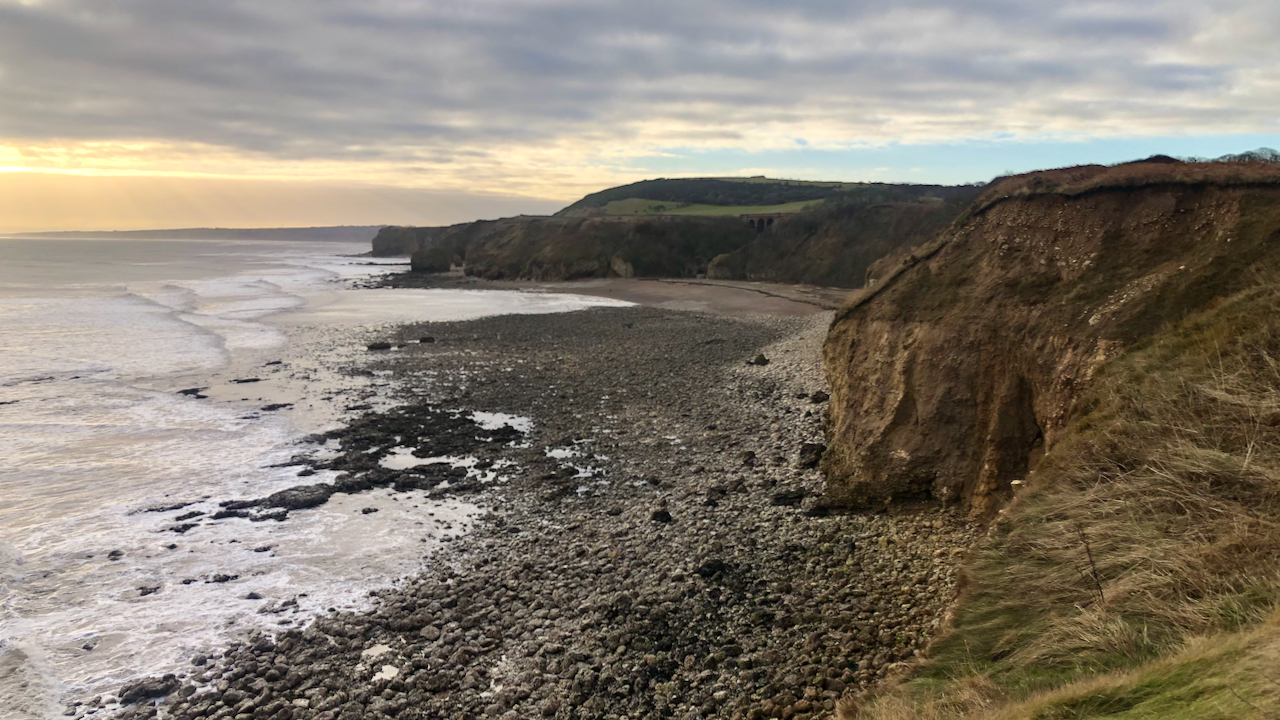 This morning I was surprised that The Guardian’s Country Diary was about Chourdon Point on the Durham coast1Gates, P. (2022). Country diary: Fulmars so close, you almost catch their eye. [online] the Guardian. Available at: https://www.theguardian.com/environment/2022/jan/05/country-diary-fulmars-so-close-you-almost-catch-their-eye [Accessed 5 Jan. 2022]..

Surprised that I just happened to have planned a run along the coastal path passing by this point. After I met up with someone in nearby Dalton.

Phil Gates, the writer of the piece, describes “the soporific sound of waves slapping against rocks. Fulmars, stiff-winged and silent, glide past the cliff edge“. I thought I’ll have some of that.

But the most dramatic occurred on 1st January 1835 when a brig ran aground at Hawthorn Hive. The pilots couldn’t launch from Seaham itself so they hauled their boat over the cliffs, lowered it down into the cove, and successfully attempted to rescue the crew of the brig from there6Information Point at Nose’s Point (NZ 43695 47874)..

On the north side of Chourdon Point is Blast Beach, or Frenchman’s Cove as it used to be called before the blast furnaces were built in 1862. It is thought that this earlier name might refer to smuggling activities of the local populace7Information Point at Nose’s Point (NZ 43695 47874)..

The beach began to be dramatically changed in 1907 when Dalton Pit was sunk in 1907 and coal waste started to be dumped directly into the sea at Nose’s Point8Information Point at Nose’s Point (NZ 43695 47874).. The pit closed in 1991, and a lot of effort has gone into cleaning the beach up.

Blast Beach was used as a location for the 1992 science fiction film Alien 3. Here is a clip: