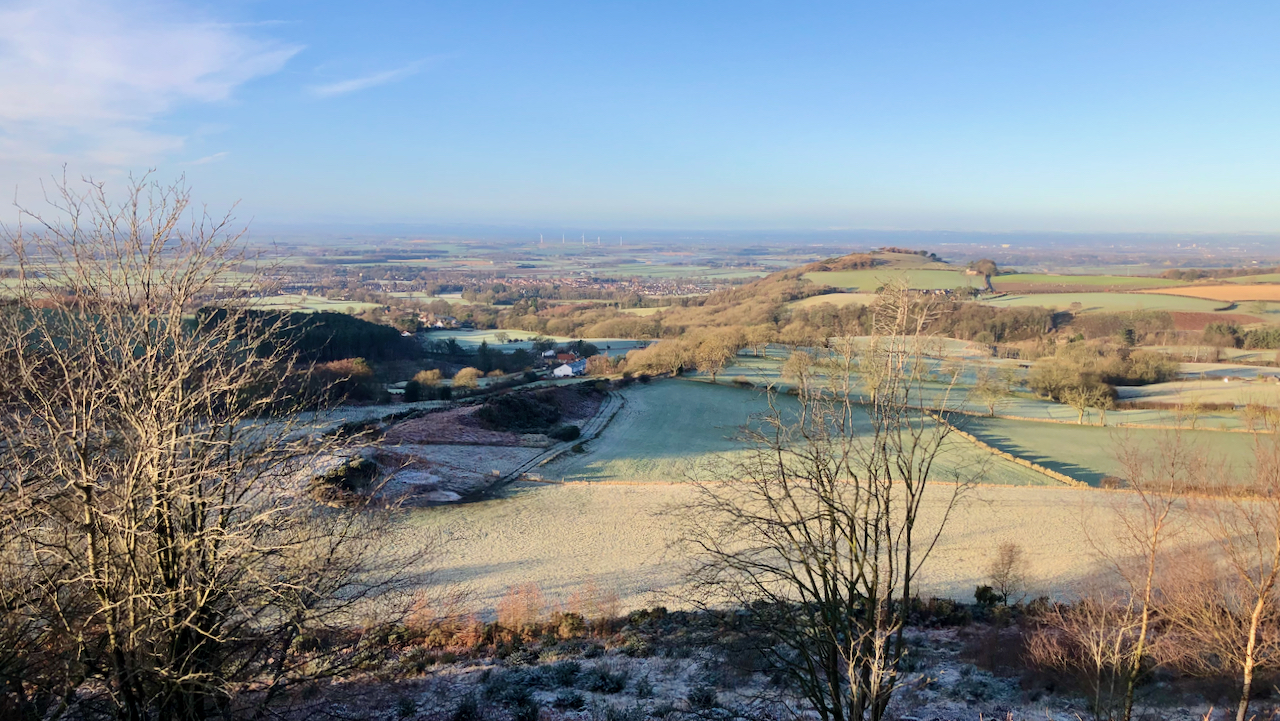 I ‘discovered’ this viewpoint the other day. It nicely illustrates the route of that intrusion of igneous rock known as Cleveland Dyke1Wikipedia — Cleveland Dyke. Available online at: https://en.wikipedia.org/wiki/Cleveland_Dyke [Accessed 4 Jan. 2022]..

The Cleveland Dyke was formed about 59 million years ago when an immense hot spot of pressurised molten magma developed under the Earth’s crust near the island of Mull off the west coast of Scotland. Eventually an eruption occurred and the magma was rapidly injected through the sedimentary strata, cooling quickly to leave a hard, dense rock called whinstone. The resulting dyke reached a maximum of 30 metres wide and 270 miles long before losing momentum under the North Sea off Whitby.

During the past 2 million years, glaciers have come and gone, eroding the earth’s surface and leaving a layer of boulder clay covering the lower ground of the Tees valley. Where impeded by the hard rock of the dyke, ridges were formed such as Langbaurgh and Cliff Rigg.

Just left of centre is the quarrymen’s cottages of Gribdale Terrace. In front of them the ridge, here somewhat reduced, can be seen continuing and forming the foundation for the road to Gribdale.