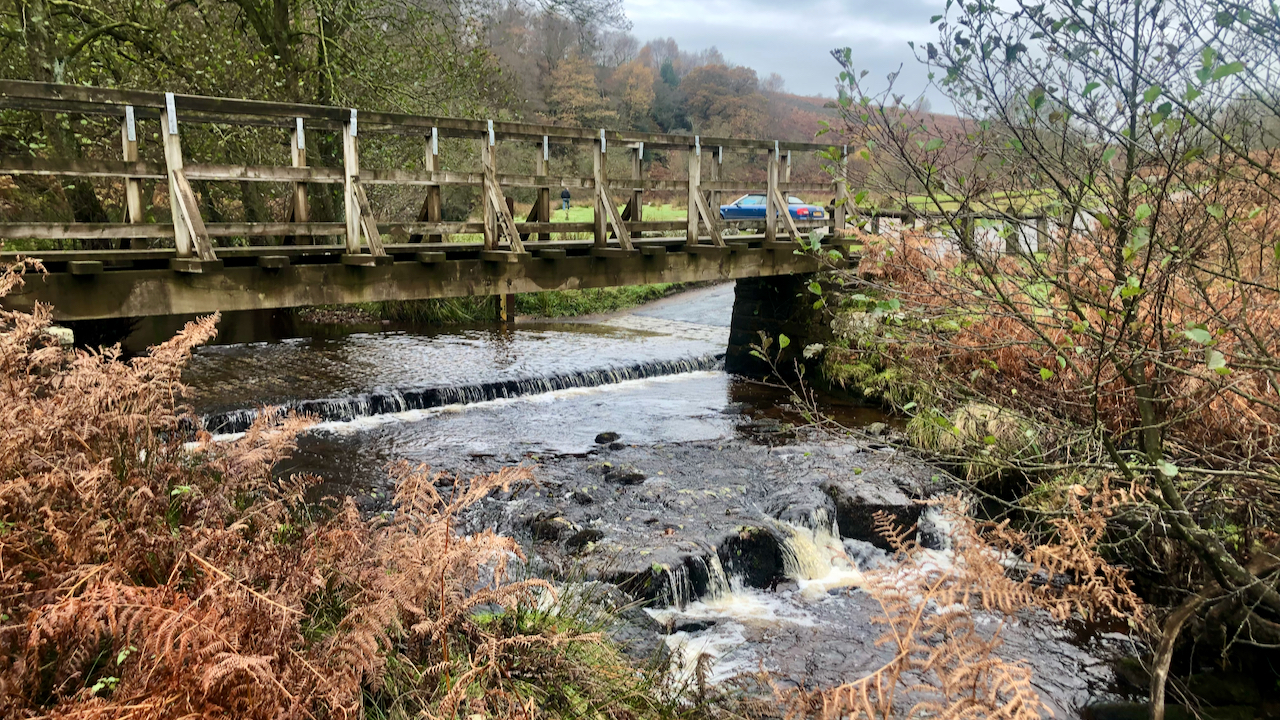 I nearly ran over a fish today.

It was massive. This big — hands held wide apart.

There I was, cycling down Hob Hole and this ginormous fish was wriggling across the ford. Its dorsal fin and back were clear of the water which was about two to three inches deep.

By the time I managed to get my phone out, it had cleared the ford and was upstream in deeper water.

I guess I saw a Brown Trout, migrating upstream to spawn.

I wandered upstream a bit, but there was no sign of it. Maybe downstream there may be another. Zilch.

I looked back as I prepared to set off up the steep bank to Westerdale, and there it was again, this time slithering downstream.

Or was it a different one, retreating from an abortive crossing of the ford?

I decided to stop at the next crossing, the River Esk at Westerdale. The river is culverted here, the ford dry. Nothing downstream, nothing upstream, but again just as I was about to set off, the wake of a large fish swimming upstream.

OK, I confess, I didn’t nearly run over a fish. I was pushing my bike over the bridge. I don’t trust fords after having a sideways slip once. But hey, it’s not every day you see a fish crossing a ford.