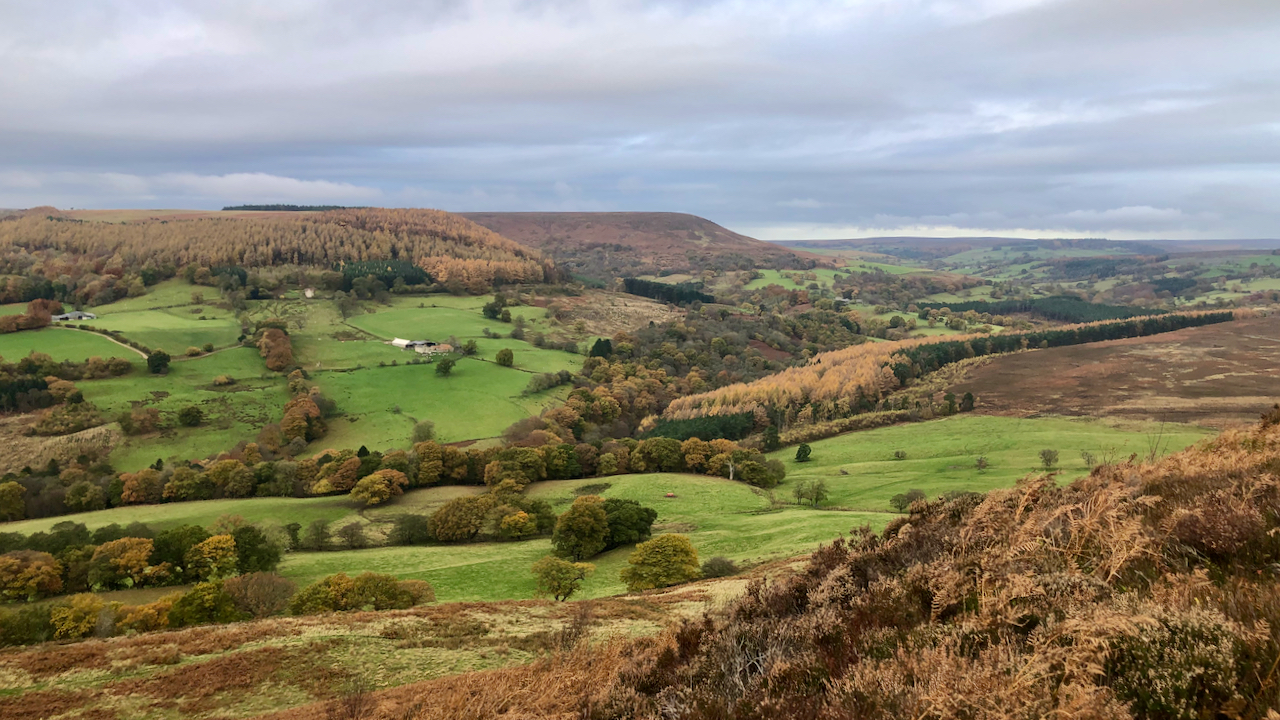 It concerned William Wass of Ardenside who was called up to fight in the Crimean War. Now one way of escaping the call up apparently was to get someone else to go in your place and so Wass persuaded his friend, John Barr, who subsequently signed up for the 17th Lancers, riding in the Charge of the Light Brigade at Balaclava. A few days later he was killed in an ambush in the Neish valley.

It wasn’t until two other local men, Brian Barr and John Metcalf, returned home from the Crimea that Wass learnt that of the death of John Barr. (There is no suggestion that Brian Barr and John Barr are related.) Such was his guilt that Wass took a stone from Byland Abbey and had it inscribed with the words “He died for me, friend of mine“. He then walked to the Crimea and placed the stone on Barr’s grave in the Neish valley. And walked across Europe back to Ardenside.

This is a story that is part of Bilsdale tradition, a story handed down by word of mouth from generation to generation. I haven’t managed to find any verification.

In the 1841 census, William Dawson is farming at Mount Pleasant and at Harker Gates there are Jane Heweson aged 55 and four paupers ranging in ages from 65 to 85. At St. Agnes, there are nine adults and 9 children in two families one of which is Michael and Sarah Barr with five children between 2 and 113Cowley, Bill. “Snilesworth”. Page 116. Turker Books 1993..

In the 1861 census, a Low House is listed. It is now a ruin and was sited to the left of the wooded stream, slightly lower than St.Agnes. Richard Barr was living there. By the next census, 1871, there was a Richard Barr, I assume the same, aged 68, living at Harker Gates and is one of two farmers there with separate holdings4Cowley, Bill. “Snilesworth”. Page 117. Turker Books 1993..

I haven’t been able to access these censuses directly so do find it quite frustrating (access costs money). But there is no mention of the Wass surname at Ardenside.

Another thing which is confusing me is the assertion that a way of escaping the call up was to get someone else to go in your place. Recruitment in the army in the 1850s, was by tempting the poor or country bumpkin to take the Queen’s shilling. A veteran recruiting sergeant resplendent in his uniform would tour the towns and villages telling tales of travel and glamour. As far as I can see there was no “call up” as such, although there must have been many regrets the next day. One Member of Parliament said that recruits were “only obtained by cajollery, by mis-representation and by immoderate drinking”5Blanco, Richard L. “ARMY RECRUITING REFORMS—1861—1867.” Journal of the Society for Army Historical Research, vol. 46, no. 188, Society for Army Historical Research, 1968, pp. 217–24, http://www.jstor.org/stable/44224163..

Addendum: where is the Neish valley?