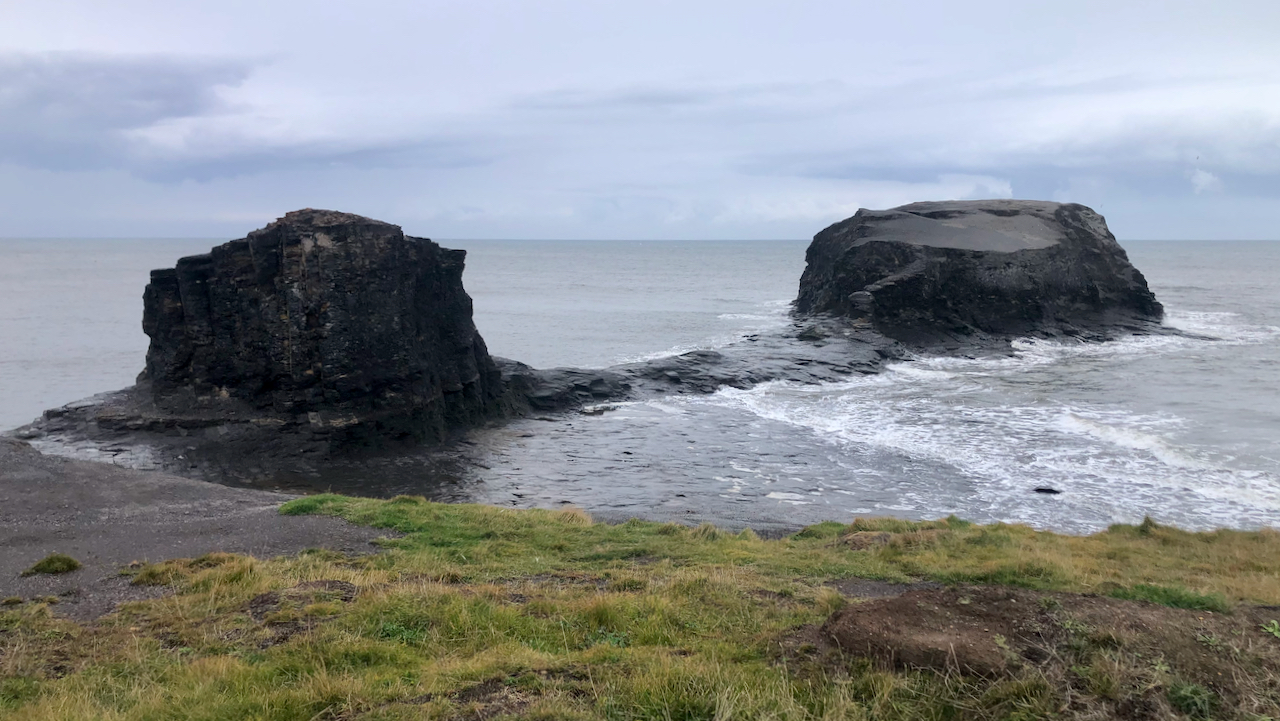 At 1:00 pm on 29th October 1914, HMHS (His Majesty’s Hospital Ship) Rohilla set sail from Leith Docks bound for Dunkirk where she would help evacuate wounded soldiers from the Western Front. She had been built in 1906 and intended to be used as a luxury cruise ship, but almost immediately was requisitioned as a troop ship transporting troops to and from India. In the summer of 1914, she had been refitted as a hospital ship complete with 239 hospital beds and operating theatres. In August, the future King George VI, had spent time on the ship in Scapa Flow with appendicitis.

By 3:30 am, on the morning of the 30th, the Rohilla was passing Whitby in a terrible storm. On board, there were 127 crew, 100 medical staff, a Roman Catholic priest, a Royal Navy gunner who had broken his thigh in Scapa Flow and was too ill to disembark, and the ship’s mascot, a black cat.

A local coastguard officer spotted the ship heading full speed too close to the coast. He frantically tried to signal her with a Morse lamp, switched on the foghorn but the Rohilla ploughed on towards Saltwick Nab. The Morse lamp was spotted but was not translated in time.

At 4:10 am, the Rohilla hit the shallow reefs about 500 metres north of Saltwick Nab. The Captain ordered the engines ‘full astern’ to bring her to a stop, and then, thinking the ship was several miles offshore, ‘full ahead and helm’, i.e. change direction to port. This was a fatal error, and soon the ship was left hanging over a submerged rock face.

The coastguard officer had watched the whole scene and had sounded the alarm by setting off maroon rockets. At that time, Whitby had two rowing lifeboats each manned by a crew of fourteen, which could not be launched through the harbour entrance in the terrific sea conditions. Rockets were fired to try to set up a Bosun’s Chair to the stricken ship but all attempts failed.

At around 7:00 am on the 31st, the Rohilla broke into three sections, with the stern end immediately sinking. By daylight, there was no improvement in the weather, but the tide had receded, so one lifeboat was dragged over the breakwater and along the rocky coastline. Despite being becoming more damaged with each trip, the lifeboat crew managed to rescue 35 people before finally abandoning the boat.

The Scarborough rowing lifeboat was towed by a trawler and arrived on the scene at 6:00 pm. but was unable to get alongside. Teesmouth’s motorised lifeboat failed to clear the Tees Bar in the sea conditions and suffered an engine failure. By 7:00 am the next morning (31st October), Whitby’s second lifeboat had managed to exit the harbour but again was unable to get anywhere near the Rohilla. The Upgang lifeboat was dragged for three miles, then lowered down the 200 foot cliff. This involved 100 people and six horses and took 2½ hours. Again all rescue attempts were unsuccessful.

The motorised self righting Tynemouth lifeboat arrived at 6:30 am the following morning (1st November), and started to pour oil on the sea in an attempt to dampen the white water. She then managed to rescue the fifty crew and medical staff remaining , the last off being the Captain carrying the ship’s cat.

Some survivors did manage to swim ashore, many helped out of the water by locals risking their own lives by wading out in the shallows, but the final death toll was still 84, a terrible loss of life.