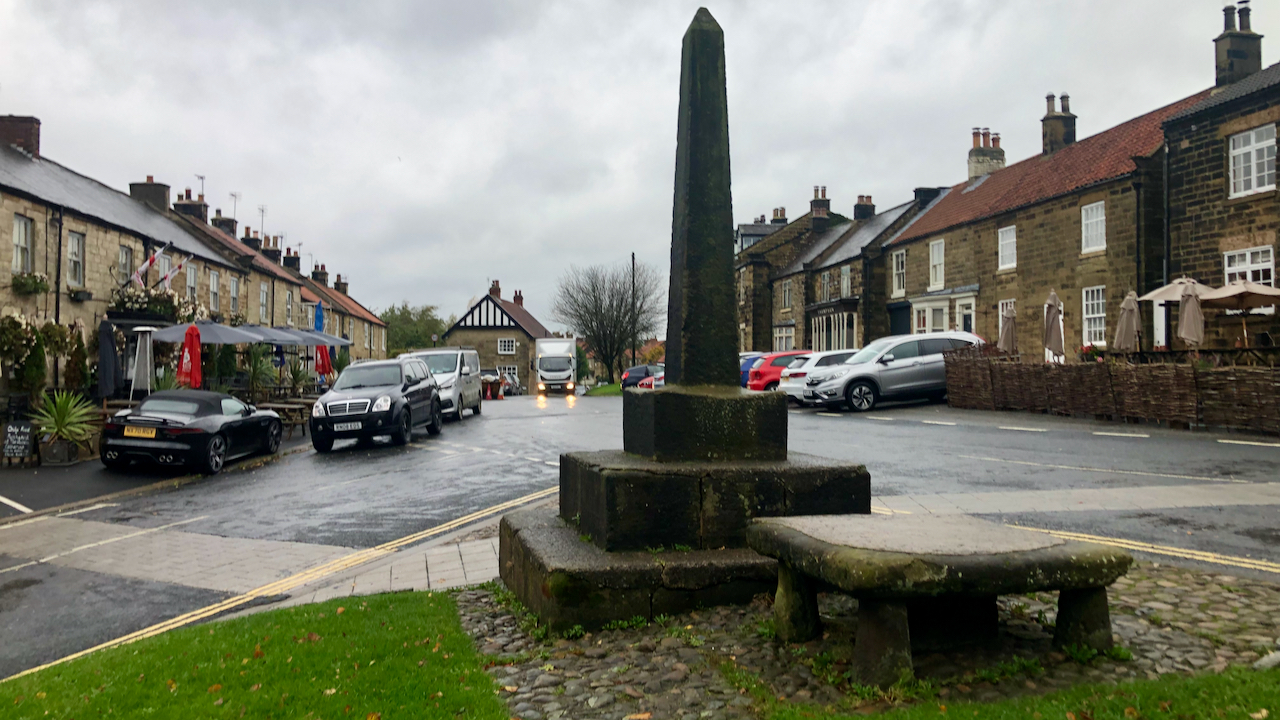 The mornings have become more gloomier as October draws to a close, and an early start meant the honey pot that is Osmotherley was quiet.

Sited next to the village cross is the unique Barter Table, a large flat sandstone on chunky legs. It is thought to date from the 16th-century and was used as a permanent market stall for the selling of cheese, butter and other dairy produces until 1823 when the market folded1Mead, Harry. “A Prospect of the North York Moors”. Page 21. The Hutton Press Ltd., 2000. ISBN 1 902709 10 1.. Osmotherley was once a chartered market town, with markets held on Saturdays and twice yearly fairs for sheep and cattle2Burns, Tom Scott. “Round and About The North Yorkshire Moors: A Glimpse of the Past”. Page 32. M.T.D. Rigg Publications. Reprinted 1989..

Before the World War One, it is said that a travelling fishmonger took advantage of the Barter Table and used it to display his produce3Mead, Harry. “A Prospect of the North York Moors”. Page 21. The Hutton Press Ltd., 2000. ISBN 1 902709 10 1..

The village ‘cross’ was erected in 1874 and replaced an older 14th-century one4Ibid.. A piece from the old cross was salvaged and can be seen standing against Thompson’s shop on the north side5Ibid. Page 19..