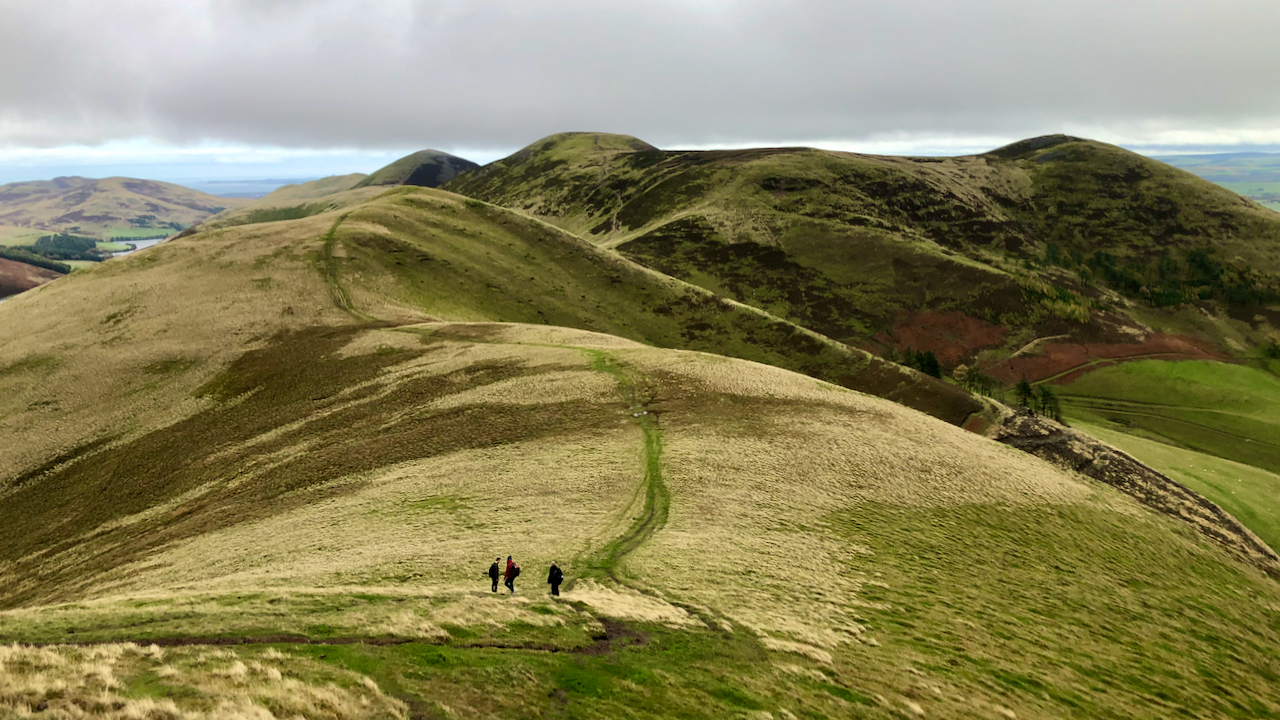 A breezy run on the Pentlands Hills under the threat of a wet forecast which, apart from one short shower, never materialised.

The Pentlands are the range of hills running south west from Edinburgh. I read there are 150 hill names, the highest being Scald Law at 579m, just pipping Carnethy Hill by six metres1Drummond, Peter. Scottish Hill Names. Page 169-172. Scottish Mountaineering Trust, 1992. ISBN 978-0-907521-95-2.. That’s Scald Hill far centre; I am on West Kip and the intermediate hump is East Kip. On the right is South Black Hill. That’s four down, 146 to go. Seems an incredible number.

Many of the hill names in the Pentlands have a Brittonic or Cumbric etymology resulting from the early settlement by folk that spoke Cumbric, from which modern Welsh is derived. The ‘Pen’ element of Pentlands has the same root as Pen-y-fan in Wales and Pen-y-Ghent in Yorkshire. It basically means a hill2ibid..

Scald Law is Scots for a scabby or patchy hill3ibid.. ‘Kip’ means a sharp-pointed hill4ibid. Page 40..

It’s not the first time I’ve been on these hills. I did the Carnethy 5 Hill Race back in February 1989 but any details of the route is just a blank.