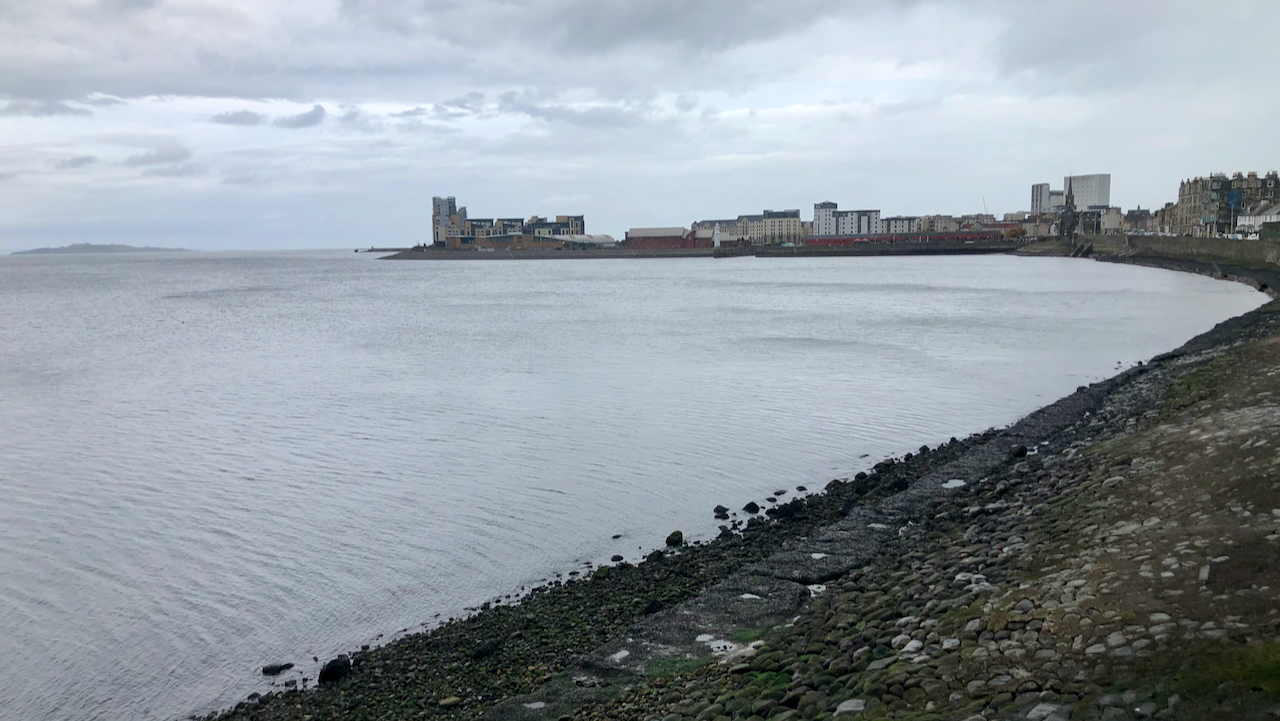 A few days in Leith on the outskirts of Edinburgh and a chance to look out for one of Scotland’s most elusive creatures. So elusive in fact that one long term resident of Leith had never heard of the town’s watery inhabitant.

Walter Scott wrote about the Shellycoat in his 1802 book ‘Ministrelsy of the Scottish Border‘. It is a gobin, a bogeyman, a sprite “who resides in the waters, and has given his name to many a rock and stone upon the Scottish coast, belongs also to the class of bogles. When he appeared, he seemed to be decked with marine productions, and in particular with shells, whose clattering announced his approach.“1“The English Dialect Dictionary, Being the Complete Vocabulary of All Dialect Words Still in Use, or Known to Have Been in Use during the Last Two Hundred Years; Founded on the Publications of the English Dialect Society and on a Large Amount of Material Never before Printed”. In six volumes edited by Joseph Wright, 1898. Volume V. Page 376. Internet Archive, 2014, https://archive.org/details/englishdialectdi04wriguoft. Accessed 10 Apr. 2021.

And before Leith docks were built, a shellycoat indeed lived on the shore by a large boulder. He was notorious for playing tricks on the good folk hereabouts. Calling for help as if someone was in the water luring concerned travellers out of their way and onto the mud and rocks, or challenging a football kickaround with drunks, a game which continued until exhaustion set in. This once resulted in one death of one drunkard. It became a dare for the local boys to run around the rock three times at sunset chanting:

But during the construction of Leith docks, it was found that the rock needed to be broken up. Such was the reputation of the Shellycoat that the workmen refused to carry out the work. As a compromise the rock was dragged along the foreshore to the other side of Leith where eventually a sewage plant was built next to it.

The Georgian Edinburgh website carries a captioned photo of the rock outside the entrance to the sewage plant but today there was no sign of it2Colin (2021). The Leith Shellycoat. [online] Blogspot.com. Available at: https://georgianedinburgh.blogspot.com/2011/09/leith-shellycoat.html [Accessed 26 Oct. 2021].. I suspect it had finally been destroyed when the road layout was substantially altered about three years ago.