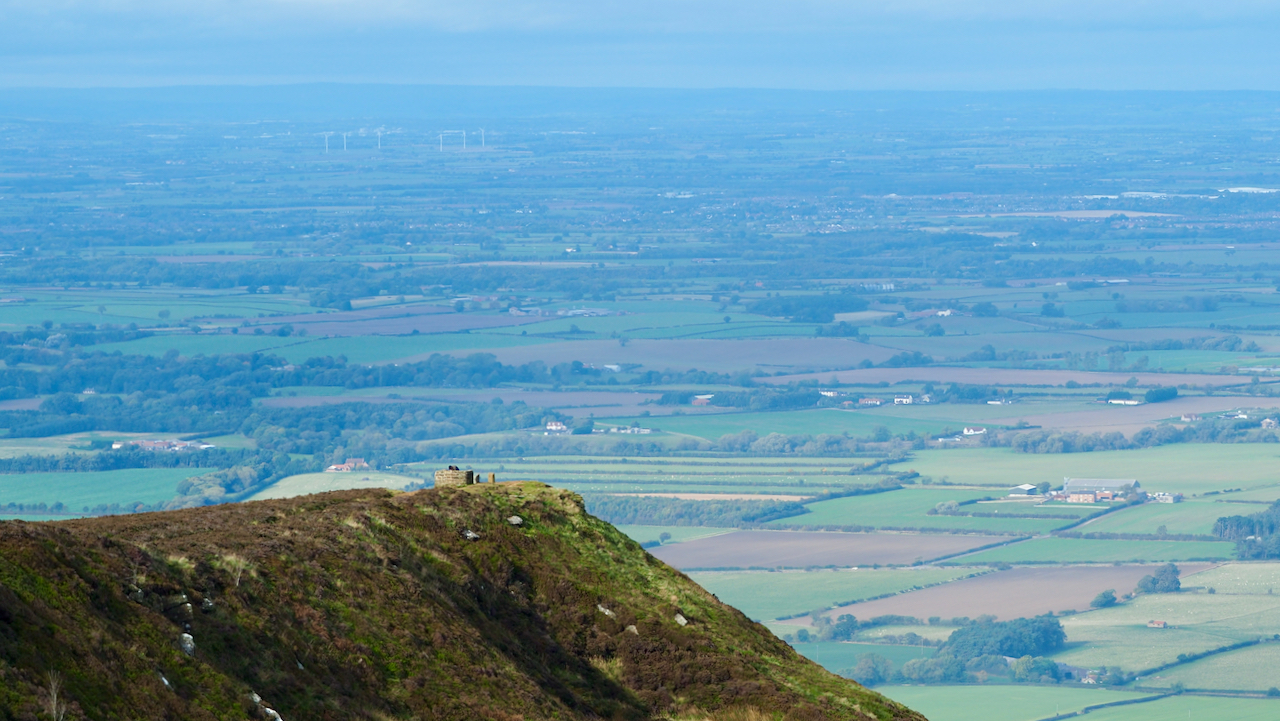 Cringle End, overlooking the tiny village of Kirkby. Or should that be Kirby? The name suggests some antiquity, ‘the farm by the church’, from the Old Scandinavian word for church kirkja1Morris, R.W. “Yorkshire through Place Names”. Page 106. David & Charles. 1982. ISBN 0-7153-8230-6., but the structure of the modern church is pretty much Georgian.

That an earlier church did exist is without doubt. It was given by Adam de Aengleby, to the abbey of Whitby ; and “consisted of both of a rectory and a vicarage, which continued in the patronage of the abbot and convent till the dissolution of the monastery, in the reign of Henry VIII“2Graves, John. “The History of Cleveland, in the North Riding of the County of York”. Page 240. 1808.

King Henry VIII, old coppernose3Nate Barksdale (2014). 8 Things You May Not Know About Henry VIII. [online] HISTORY. Available at: https://www.history.com/news/8-things-you-probably-didnt-know-about-henry-viii [Accessed 23 Oct. 2021]., he gets everywhere. The wizard Merlin foresaw his coming: “the sixth king after John would be the Mouldwarp or Mole, who would be proud, contemptible and cowardly, having a skin like a goat. He would be attacked by a dragon, a wolf from the west and a lion from Ireland, who would drive him from the land, leaving him only an island in the sea, where he would pass his life in great sorrow and strife and die by drowning“4Wikipedia – Mouldwarp. [online]. Available at: https://en.wikipedia.org/wiki/Mouldwarp [Accessed 23 Oct. 2021].. OK, there may have been a few more kings under the bridge by the time the prophecy was applied to Henry VIII by the rebels of the Pilgrimage of Grace.

But while Henry VIII may be the mole king he is not being celebrated today, 23 October, for this is International Mole Day5Today, I. (2021). India Today Web Desk. [online] India Today. Available at: https://www.indiatoday.in/information/story/mole-day-2021-history-significance-and-other-details-1855178-2021-09-21 [Accessed 23 Oct. 2021].. This has nothing at all to do with furry subterranean creatures but instead with one of the seven SI (Système International) base units, along with seconds, metres, kilograms, amperes, kelvins, and lastly candelas for luminosity6Wikipedia – International System of Units. [online]. Available at: https://en.wikipedia.org/wiki/International_System_of_Units [Accessed 23 Oct. 2021].. ‘Mole‘ is the base unit for substance, and is defined as precisely 6.02 x 10²³, allowing physicists to calculate the number of elementary particles (usually atoms, ions, or molecules) in a certain mass of a given sample. It is sometimes referred to as the Avogadro number.

So when we have reverted to Imperial units, and replace kilograms by pounds, and metres by yards, we can replace moles by mouldwarps. But then we won’t be able to celebrated International Mole Day at 06:02 a.m. on 23 October, written (the way the Americans do) as 6:02 10/23.