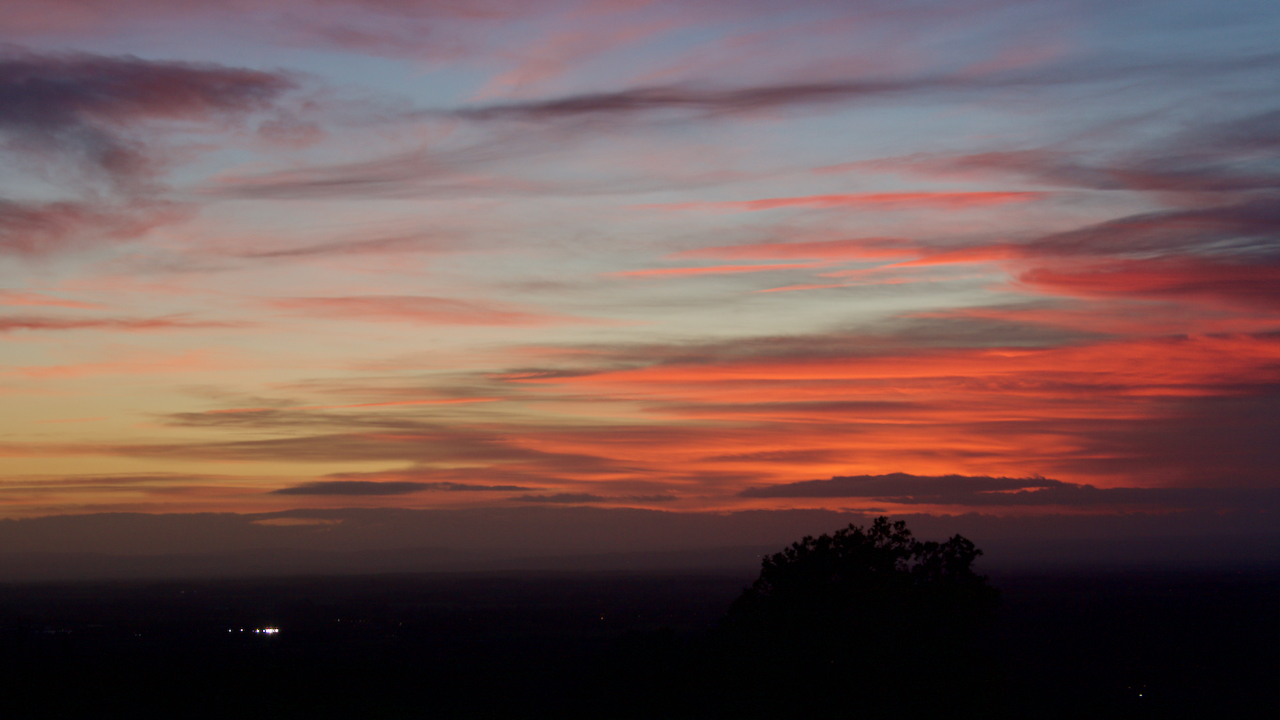 A dash up to Gribdale to catch the sunset. At first a disappointment but then the distant clouds caught fire. This was twenty minutes or so after the actual sunset, well into twilight; the display lasted barely five minutes before fading.

We have the word ‘cockshut’ for twilight. This is also the name for a large net, suspended between two poles, which is used to catch woodcocks2Halliwell-Phillipps, James Orchard. “A Dictionary of Archaic and Provincial Words- obsolete phrases, proverbs, and ancient customs, from the fourteenth century” Vol. 1. 1852.. This is usually done in the twilight, so perhaps the name has been transferred to the time of day when it is used.

In Norfolk, a red-hued sunset is known as a ‘bullfinch sky‘3“The English Dialect Dictionary, Being the Complete Vocabulary of All Dialect Words Still in Use, or Known to Have Been in Use during the Last Two Hundred Years; Founded on the Publications of the English Dialect Society and on a Large Amount of Material Never before Printed”. In six volumes edited by Joseph Wright. Volume I. 1898. Internet Archive, 2014, https://archive.org/details/englishdialectdi03wriguoft. Accessed 10 Apr. 2021.. Much more poetical than cockshut.

One Reply to “Bullfinch sky”