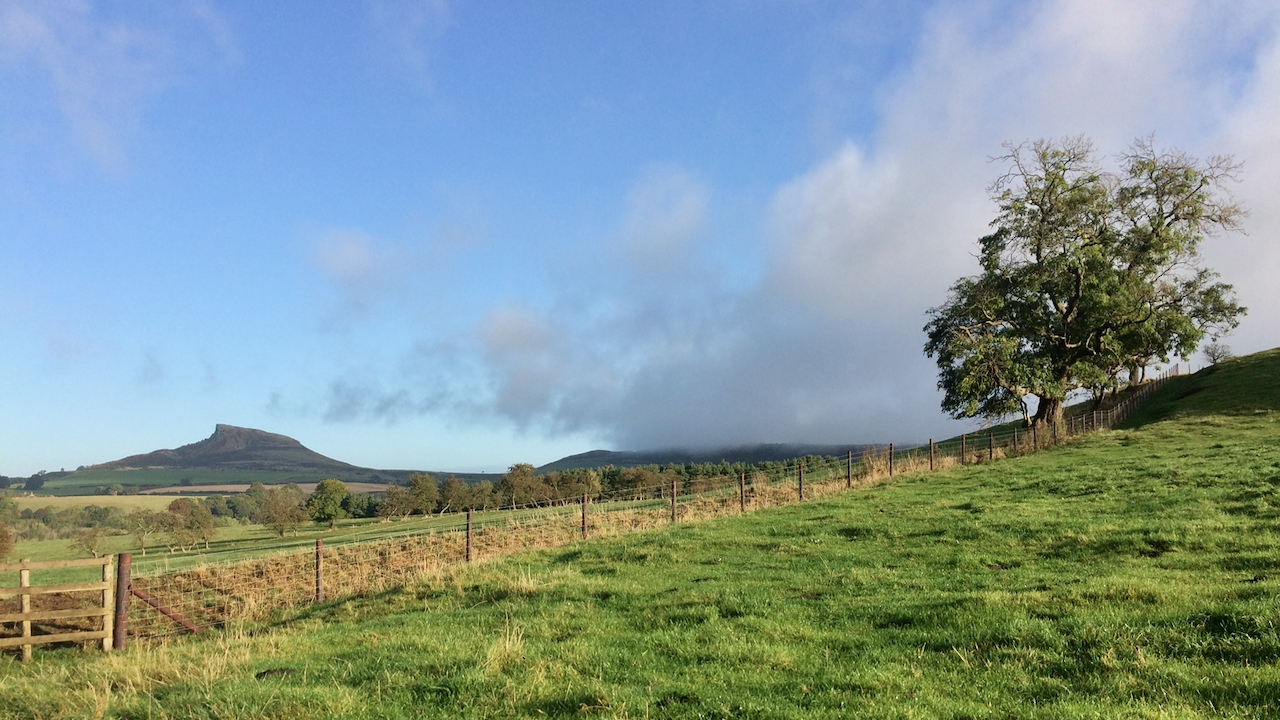 A bank of cloud still smothers Little Roseberry while big brother is clear under blue skies. By the time I made my way around there, the cloud had dissipated.

The tele offered a choice of just three channels, BBC1, BBC2 and ITV. On the 9 o’clock slot, the news followed by a new series of “Onedin Line” was on Beeb 1, Beeb 2 had “Gardeners World” with Percy Thrower, while ITV had “Justice: By order of the Magistrates”. I can’t remember that one.

It seemed a poor week for the cinema. Ryan’s Daughter, The Go-between or Oliver. Still you could always go for a spin in your £2,177 worth of Triumph Stag across the new Pennine Motorway which the Queen had just opened. ” … a tribute to the endeavour and tenacity of all concerned.”

The Mail was reporting the Tory Party Conference, with the Tories pledging a big cut in employment for the following year, faster economic growth, and tax reforms. And of course there was plenty of talk about joining the European Economic Community2Thirteen days later, on the 28th, The House of Commons voted in favour of joining the EEC by a vote of 356-244.. I wonder how all that turned out.

But it is the front page story on that day’s Daily Mail that is shocking. Its capitalised headlines ran “Race Murder comes to Britain”, the story of a terrific arson attack on a family described as “Kenya-Asian” in Bradford in which three children died, and the mother and another son were critically ill in hospital. Even ignoring for the use of words that would nowadays be considered inappropriate, the headlines, the wording and the photos were, in my view, all sensationalistic and subtly designed to stoke up racial hatred. Nothing has changed.