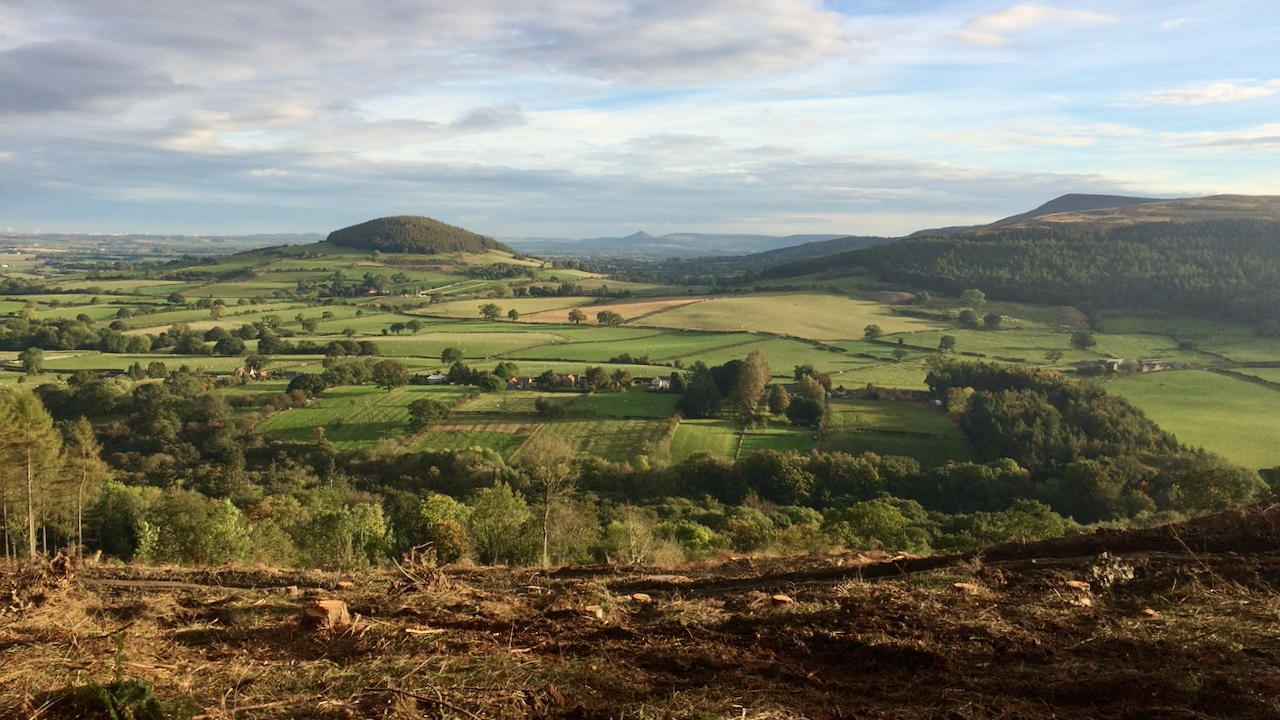 Autumnal sunshine, long shadows and a morning chill. A slight navigational error opened up this fine view of Whorl Hill, where there be dragons.

Sexhow is a small hamlet or township in the parish of Rudby, some four miles from the town of Stokesley, in Cleveland. Upon a round knoll at this place a most pestilent dragon, or worm, took up its abode; whence it came, or what was its origin, no one knew. So voracious was its appetite , that it took the milk of nine cows daily to satisfy its cravings; but we have not heard that it required any other kind of food. When not sufficiently fed , the hissing noise it made alarmed all the country roundabout; and, worse than that, its breath was so strong as to be absolutely poisonous, and those who breathed it died. This state of things was unbearable, and the country was becoming rapidly depopulated. At length the monster’s day of doom dawned. A knight, clad in complete armour, passed that way, whose name or country no one knew, and, after a hard fight, he slew the monster, and left it dead upon the hill, and then passed on his way. He came, he fought, he won; and then he went away. The inhabitants of the hamlet of Sexhow took the skin of the monster-worm and suspended it in the church, over the pew belonging to the hamlet of Sexhow, where it long remained a trophy of the knight’s victory, and of their own deliverance from the terrible monster.

The worm belongs to a family of North East dragons: Handale, Nunnington, Sockburn, Lambton, Slingsby, Wantley, Loschby. It must have been a dangerous place in those days of old when knights were bold …