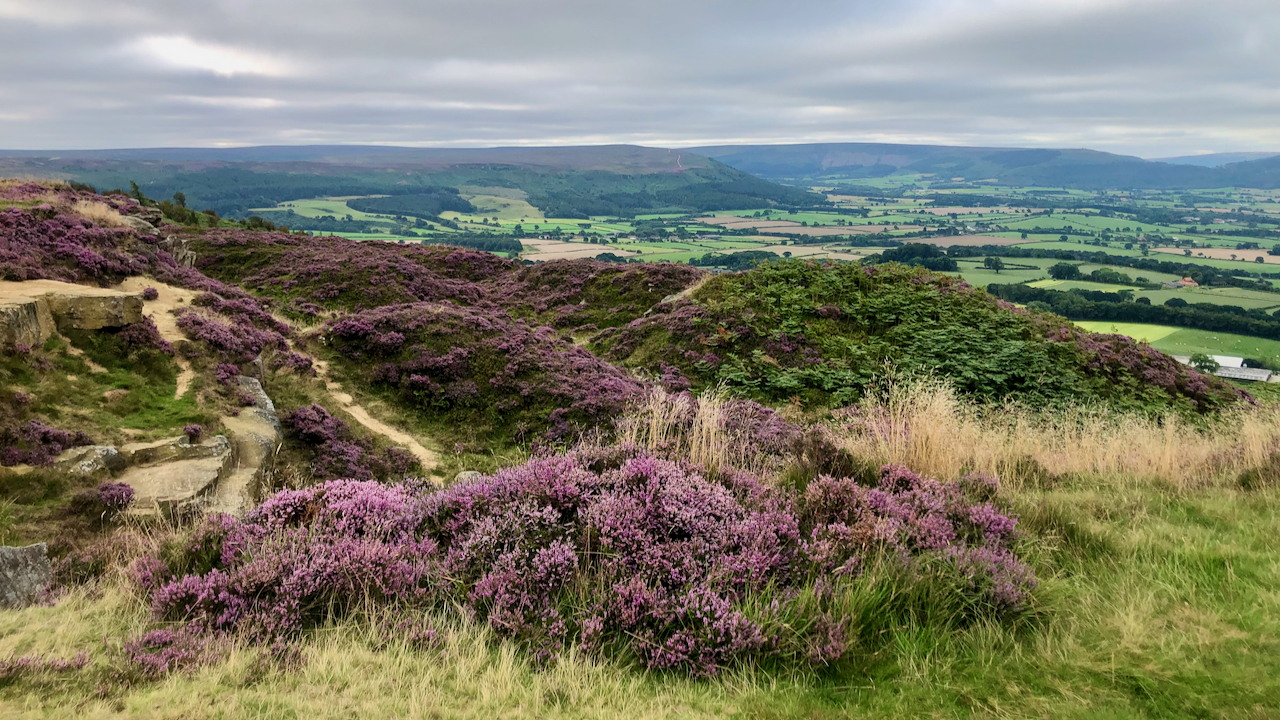 A view across the vale of Cleveland towards Turkey Nab, scarred by the recently graded track that climbs the bank.

This is thought to be the start of Thurkirsti, the ancient route across the moors to Kirbymoorside.

Thurkirsti does suggest a likely root for the name of ‘Turkey’ and seems more plausible than another explanation I’ve heard whereby ‘turkey’ is supposedly an old name for the grouse. This is in spite of the fact that turkeys were introduced from South America in the 16th-century.

The name is mentioned, on the other hand, in a 12th-century document1Internet Archive. (2014). Cartularium Abbathiae de Rievalle : Surtees Society, Durham, Eng : Free Download, Borrow, and Streaming : Internet Archive. [online] Available at: https://archive.org/details/cartulariumabbath83surtuoft/page/466/mode/2up?q=Thurkirsti [Accessed 25 Aug. 2021].. It is thought it derived from a Scandinavian personnel name. There are a couple of potential candidates. In the 10th-century Anglo Saxon Chronicle, Thurkytel jarl submitted to Edward the Elder. Then, in the next century, three years after the Norman Conquest, Thurkyll jarl, with the sons of King Svein landed and plundered York2TURTON. MAJOR R. B.”A FEW CLEVELAND PLACE NAMES. pp37/38.” CLEVELAND NATURALISTS’ FIELD CLUB RECORD OF PROCEEDINGS 1928 TO 1932. (n.d.). [online] . Available at: http://barlow.me.uk/clevelandnats/1928-32_.pdf [Accessed 25 Aug. 2021].. There could be a host of others.