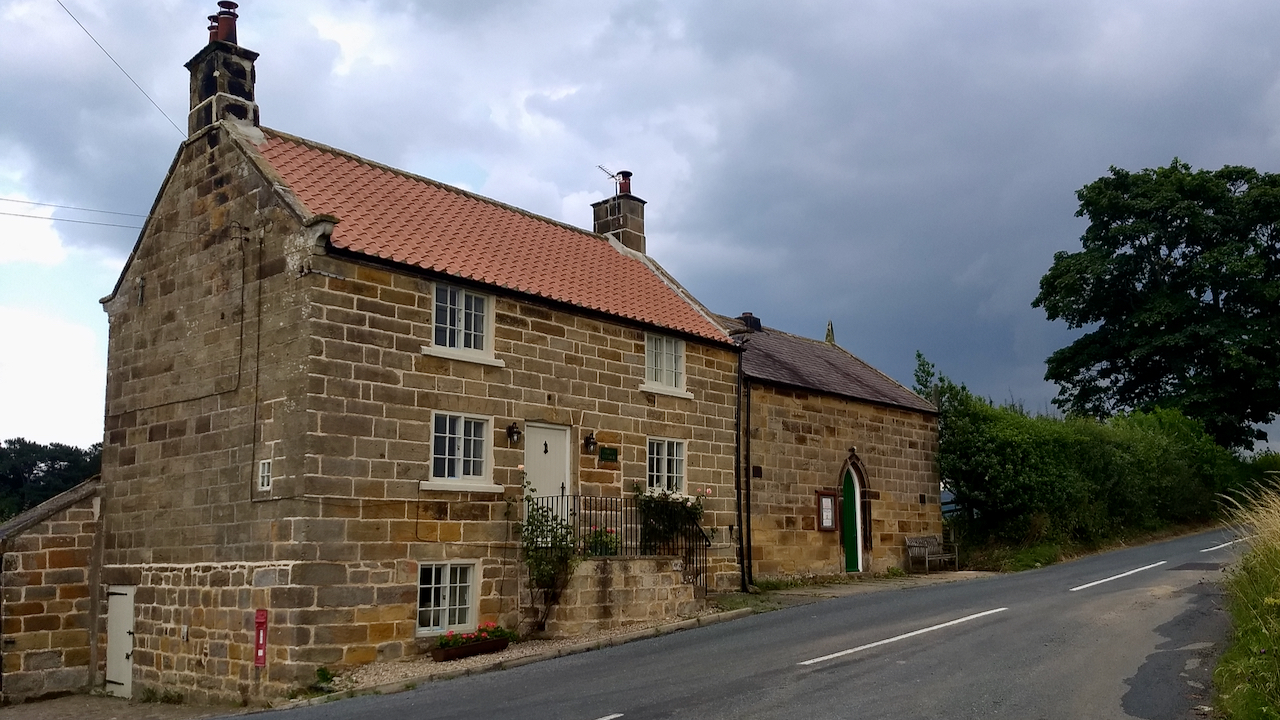 I’ve had my eye on this Grade II listed building for some time but there always seems to have been a car or two parked in front. It’s a simple building of local stone with a Welsh slate roof, and ‘probably’ dates from the 18th century1Historicengland.org.uk. (2012). WESLEYAN METHODIST CHURCH, Easby – 1315255 | Historic England. [online] Available at: https://historicengland.org.uk/listing/the-list/list-entry/1315255 [Accessed 4 Aug. 2021]..

It seems an odd site for a chapel. Easby is a mere hamlet of four period cottages, although Low Easby is somewhat bigger. The chapel is still in use and has avoided the trend of being converted to residential.

Dissenting religions began to make in-roads in the rural North Riding from the late-17th century gaining support within the agrarian communities. The first Methodist chapel in neighbouring Great Ayton opened in about 1810, and was a  conversion of two cottages. So this purpose built chapel at Easby pre-dates the Ayton one2O’ Sullivan, Dan. Religion -Other Denominations. A chapter from “Great Ayton -A History of the Village. [online] . Available at: http://greatayton.wdfiles.com/local–files/churches/Religion-Other-Denominations.pdf [Accessed 4 Aug. 2021]..

I guess acceptance of dissenters would have depended on the zeal of the local parish church. But also Quakerism was already well established in Ayton as both the Coulson and Skottowe families, successive lords of the manor of Ayton, were followers3Ibid..