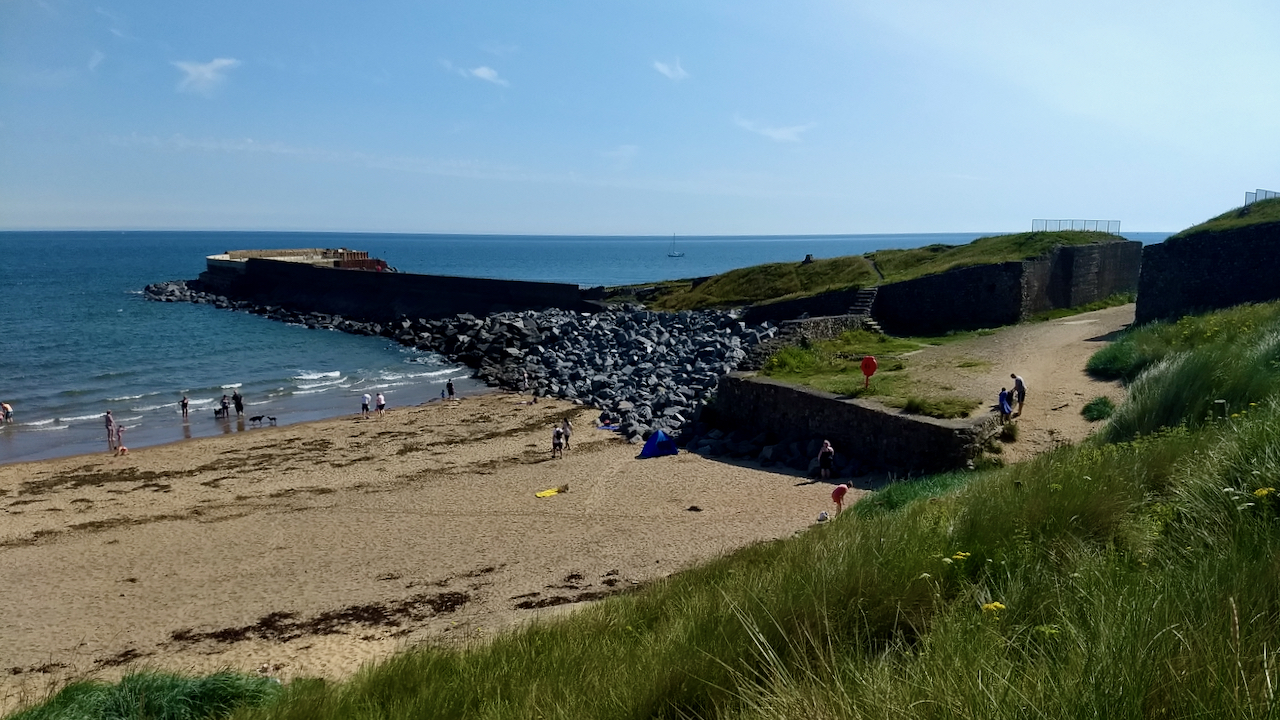 The old jetty at Skinningrove dominates the uncommercialised Cattersty Sands. It was built in the 1870s when the first two blast furnaces were built on the hill overlooking the little fishing village of Skinningrove. Later the works were enlarged to include five blast furnaces, with four in continuous operation.

At this time the iron-smelting industry on Teesside was already well-established, and the Skinningrove Ironstone Company saw an opportunity for ironstone to be delivered direct from the nearby mines, with the pig-iron produced being shipped direct to Scotland or the Continent, thereby saving the cost of railway transport.

Special steamers would dock at the jetty and the pig-iron and steel loaded by an innovative method at the time whereby the metal was swung direct into the hold in bundles secured by sling chains, thus saving the cost of stowing.

The jetty itself had been built using hydraulic cement made from the slag produced by the blast-furnaces.

The annual output for the later decades of the 19th-century was about I50,000 tons of pig-iron, the majority shipped to Scotland. But following a change in the Scottish pig-iron market, the malleable iron works were gradually replaced by steel works, and the heavy pipe trade drifted south to the Midlands.

In response these changed conditions, the company decided to erect their own steel works, installing a 250 ton Tilting Furnace, nearly twice the usual capacity and the first of this size in Britain. Later they erected an electrically-driven Reversing Blooming Mill, another first in the country; and made the most of utilising waste gases from the blast furnaces.