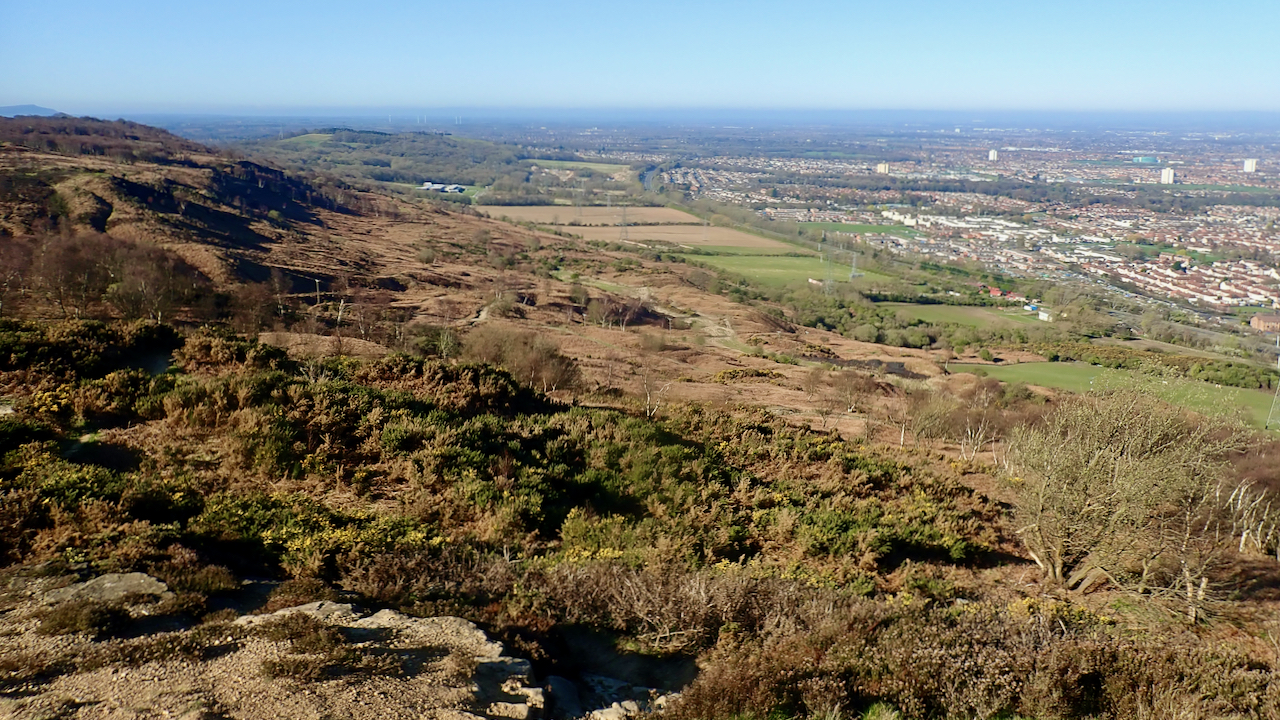 I do try to avoid anniversaries of births and deaths in these postings but on this in 1891, John Marley, the mining engineer who, it could be said, along with John Vaughan, gave birth to the iron industry on Teesside, died at the age of 67.

Iron had been worked in the Cleveland area since before Roman times but on a small scale. In 1852, it was already being extracted in the Grosmont area. Marley suspected the seam could be gained on the Eston Hills.

The story goes that Marley and Vaughan were exploring the Eston escarpment above Lazenby when they came upon a quarry from which stone was already being extracted for road building. Marley recognised the good quality ironstone and was able to trace the outcrop westwards along Eston Bank.

Walking home from Guisborough has become a regular feature of lockdown, I usually climb south on to the Cleveland Way. Today, prompted by this anniversary of Marley’s death, I headed north for the Eston Hills.

In the photo, the view is of the western end of Eston Bank. The Trustee Drift of the Eston Mines was located approximately at the centre of the photo, a green grassy swathe amongst the brown of the dead bracken.

The Trustee Drift was second of three major workings that had opened up within a decade of the ironstone discovery, the Old Bank and the New Bank being the other drifts. All connected by a tramway incline down to the tip yard at Eston. This was located approximately where the housing estate is on the right on the far side of the A174 Parkway. By the end of the 1860s, more workings had opened around the escarpment and a shaft sunk on top of the moor, Upsall Pit.

Eston ironstone mine closed in 1949.