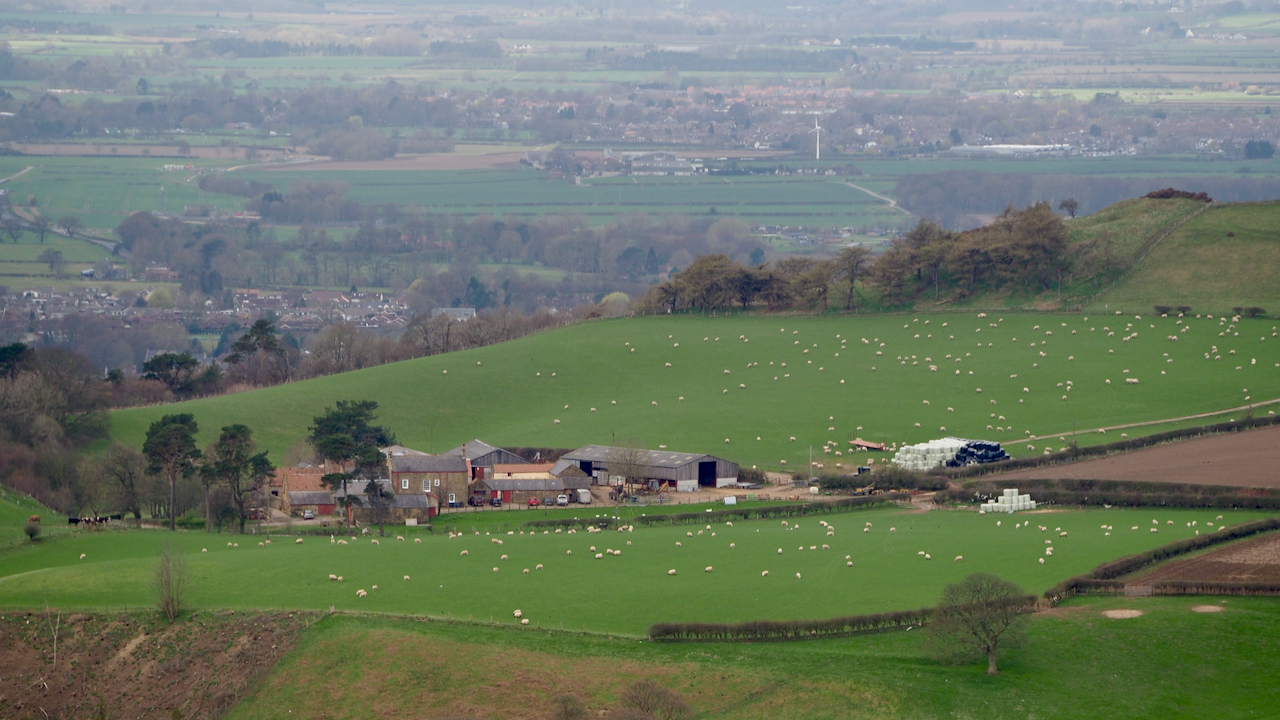 They must be lambing around now at Aireyholme Farm, the 1st April being the traditional date. There are plenty of sheep in the surrounding fields.

Although a single farm now, Aireyholme was recorded in the Domesday Book as the manor of Ergun. It must have a been a moderately sized settlement then and the name suggests a much earlier Scandinavian settlement. Ergun is from the Old Norse ǽrgum meaning ‘at the shielings’. This element ǽrgi was borrowed by Scandinavians from the Old Irish áirge suggested evidence of contact with Irish speakers. Colmán as in Commondale, has a similar Irish root1“The Vikings in Cleveland”. Edited by Heather O’Donoghue and Pragya Vohra. First published in Great Britain by the Centre for the Study of the Viking Age, University of Nottingham, 2014. ISBN 9780853583011..

Aireyholme is well-known of course as being the boyhood home of James Cook who was born in 1728 at Marton. Cook’s father, James Cook senior, was the farm steward for Thomas Skottowe, Lord of the Manor of Ayton. The family’s cottage was probably located in that copse of trees beyond Aireyholme at the foot of Cliff Rigg. Cook lived there from the age of about 8 until he was 16 when he went to be an apprentice to a grocer in Staithes, And the rest is history.