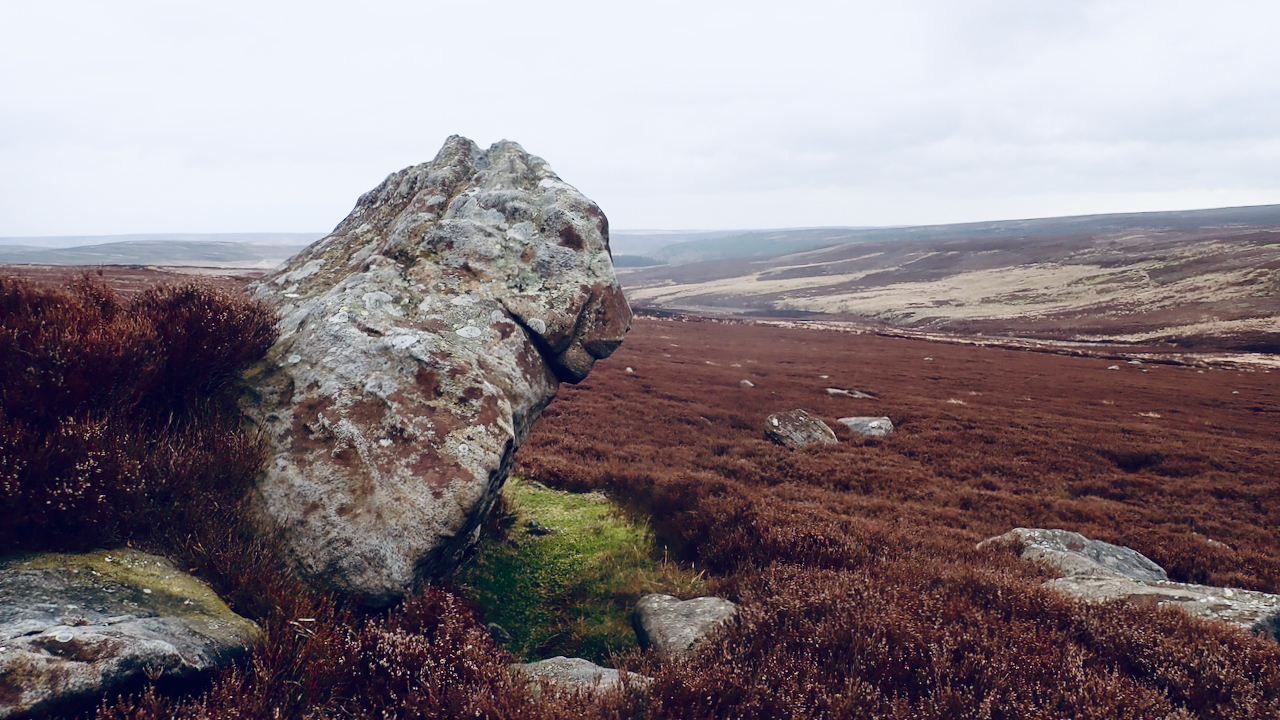 Well, I think it looks like a beast, a cat or lion maybe.

I woke up needing some inspiration for today’s outing.

In 1484, Richard III was on the throne. The last of the Plantagenets, he who ended up under a carpark in Leicester. Whenever I think of Richard III, I think of a quip on a camping retailer at the time: “Now is the winter of our discount tents”.

And on this very day in 1484, William Caxton printed his translation of Aesop’s Fables. Caxton is believed to have introduced the printing press into England.

Aesop was an Ancient Greek fabulist credited with many tales, each involving creatures and throwing light upon man’s moral behaviour. I think I see my inspiration, I just need a photo of a mouse, cockerel, wolf or monkey … or a lion.

Then I remembered the beast of Ingleby Moor. That’s near enough a lion for me.

The Fox & the Lion

A very young Fox, who had never before seen a Lion, happened to meet one in the forest. A single look was enough to send the Fox off at top speed for the nearest hiding place.

The second time the Fox saw the Lion he stopped behind a tree to look at him a moment before slinking away. But the third time, the Fox went boldly up to the Lion and, without turning a hair, said, “Hello, there, old top.”

And the moral, of course, is that familiarity with evil breeds contempt, and makes us blind to its dangers.

Shortly later, I was caught in a horizontal downpour and made a hasty retreat off the moors.

2 Replies to “The Beast of Ingleby Moor”