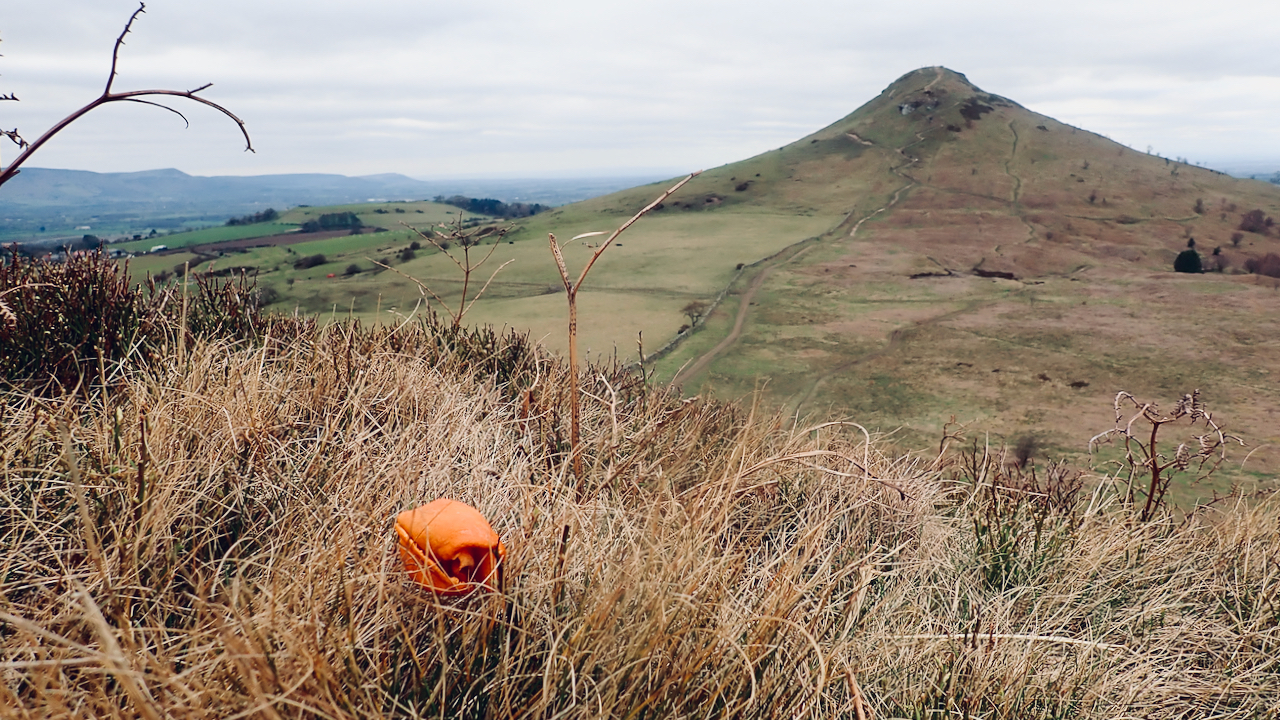 “It is a sober commentary on the British way of life that the National Trust has to spend £250 a year picking up litter on its properties in the Lake District. People presumably visit these places to drink in the especial beauty of the scene, but apparently they leave them more or less covered in orange peel, bits of paper, cigarette packets and – an increasing menace – camera film cartons. It is a relief to discover that the Trust is not greatly inconvenienced by empty bottles but it is very conscious of the near indestructibility of orange peel and the durability and brightness of the snapshotters’ rubbish. Men are actually employed to go the round of the ‘beauty spots’ picking up litter, while presumably those equally delightful places which have not yet been ‘discovered’ by the tourist are as yet untainted by decaying ham sandwiches and the almost imperishable greaseproof paper in which they were wrapped. Even the popular mountain summits are occasionally visited by properly accredited scavengers and one of the places needing most attention is Scafell Pike itself. Even higher than 3000 feet above sea level a piece of orange peel will last, it is thought, about six months and still make a glitter among the boulders. Banana skins are viewed with less disfavour for they lose their colours in an hour or two and disintegrate quickly – but unfortunately few bananas are taken on to the fells. Dry stone walls seem to be a favourite repository for the unwanted contents of luncheon baskets, while a thaw always brings to light unsavoury relics once stupidly buried in the snow.”

I find it hard to fully take in that I was just 22 months old when those words of A. Harry Griffin appeared in The Guardian’s Country Diary (or The Manchester Guardian as it was then)1“A Lifetime of Mountain – The Best of A. Harry Griffin’s Country Diary.” Edited by Martin Wainwright. Aurum Press. 2005.. Some have obviously dated, but others are depressingly still relevant today.

Camera film is now definitely a thing of the past, replaced by millions of 0s and 1s on your phone. Orange peel is still indestructible however, and banana skins, although they do discolour quickly, still take a very long time to decompose in the open air.

The consensus amongst mountain leaders and professionals today is that it is completely unacceptable to dispose of orange peel, apple cores, and banana skins on the hills. Carry them out. Carry everything out. When they do eventually decompose, their minerals may change the fragile ecology of the mountain environment.

Now I know Roseberry Topping is not the same as the high fells of the Lake District, and it’s ecology may indeed be more robust, but I follow the same maxim. Take nothing, leave nothing.

And besides, it’s litter and it’s ugly.

One Reply to “Orange peel”