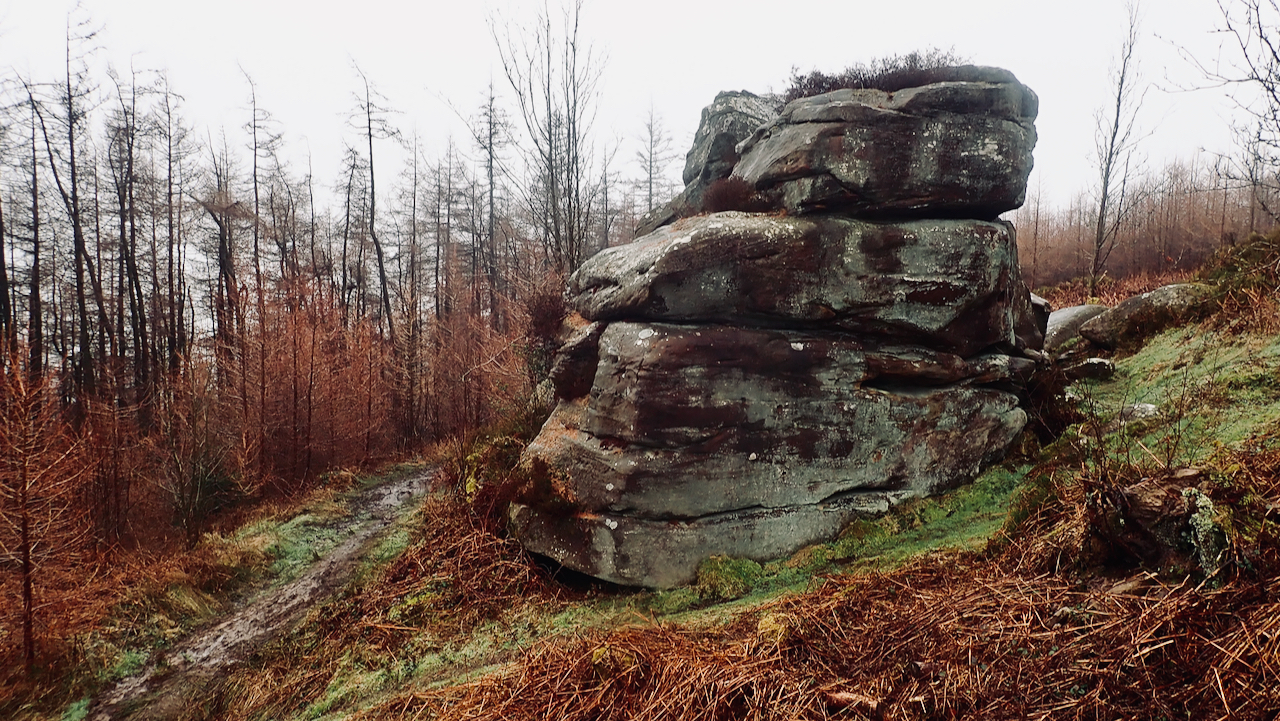 “I like that boulder. That is a nice boulder.”

So said Donkey to Shrek.

The climbing fraternity have dubbed this huge boulder below Ward Nab on Coate Moor as simply “The Boulder”. I feel sure it must at some time have had another name but it looks like that has been lost to history.

Completely unrelated fact for the day is that in 1649, The House of Commons passed an act abolishing the House of Lords, declaring it “useless and dangerous to the people of England“. Of course, as this act had not obtained the consent of either Lords or the King (as he had lost his head two months before), it was not recognised as valid after the restoration1Wikipedia Contributors. “History of Reform of the House of Lords.” Wikipedia, Wikimedia Foundation, 8 Jan. 2021, en.wikipedia.org/wiki/History_of_reform_of_the_House_of_Lords#Abolition_of_the_House_of_Lords,_1649. Accessed 19 Mar. 2021..