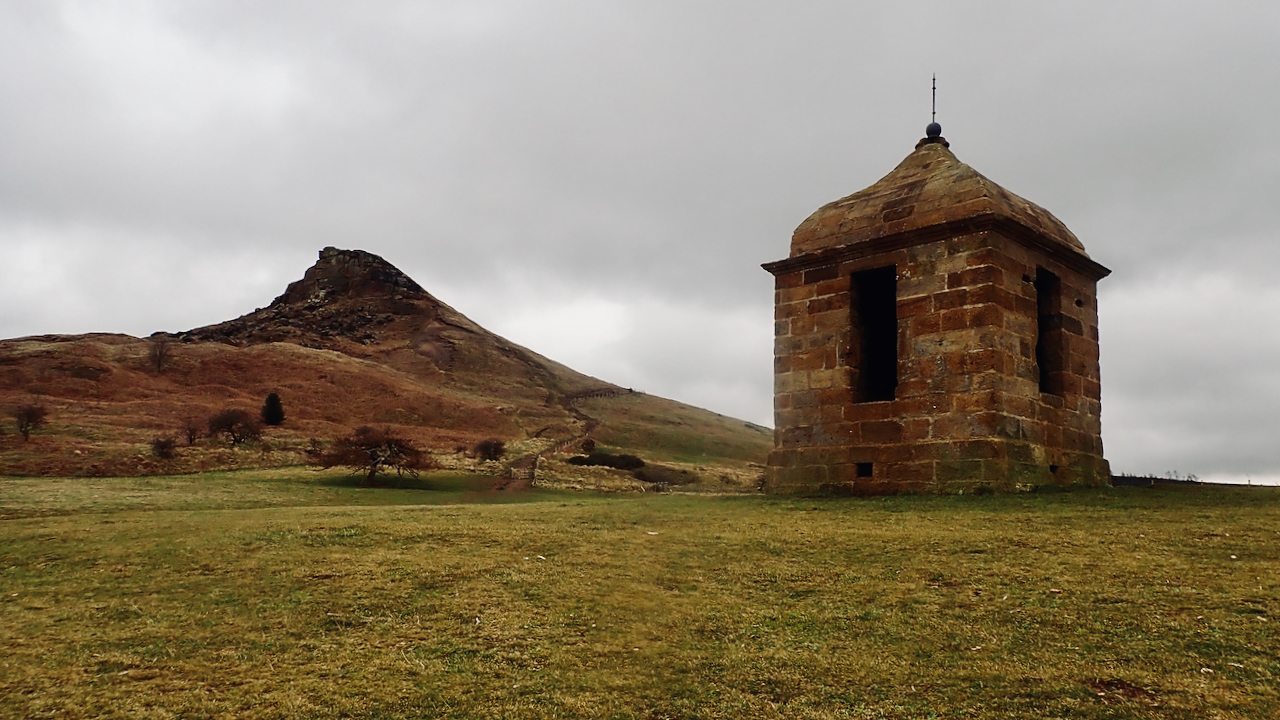 An early dash up Roseberry on an overcast morning.

I’ll risk some wrath when I say this is not a shooting box even though a small plaque erected on the building by the National Park states that it is. It is shown on a sketch by George Cruit dated 1788 and game shooting was not developed until the late-19th-century with the invention of the breech loading shotgun. In the 18th-century hunting was carried out with dogs.

More likely it was a folly, a summerhouse, or a prospect house to enhance the landscape. Or, a place where the ladies could rest and wait for the gentlemen to climb the summit.

During the Napoleonic war, a troop of four soldiers were billeted there ready to man a beacon on the summit of Roseberry to warn of an invasion by the French. During this period the building was modified to include a flue for a fire, hence the asymmetrical roof.