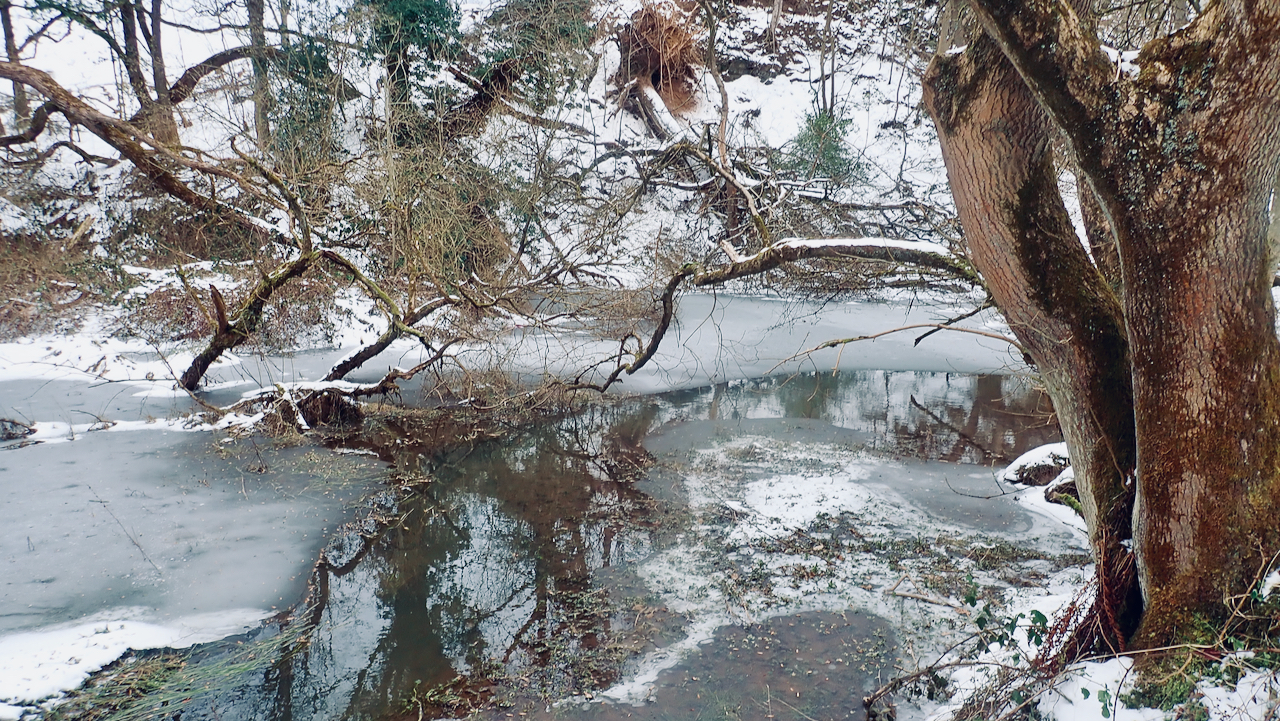 This must be one of the oldest whinstone quarries in the Ayton area. It is shown on the 1856 6″ O.S. map which predates the huge Cliff Ridge quarry but there are workings shown on Langbaugh Ridge (to the west of the Guisborough road) and at Dingledow Quarry (to the east of it).

Whinstone is a hard, dense volcanic rock formed about 56 million years ago by the injection of hot, molten magma from a volcano near the Isle of Mull in Scotland, piercing the sedimentary Jurassic rocks of Cleveland. It’s hardness makes the stone particularly useful as ‘setts’ for roads and paving and was certainly in use as such by late 18th-century.1o’Sullivan, Dan, “Great Ayton: A history of the village”, ISBN 0 9508858 0 0, 1983

By the 1894 map, the quarry had expanded. An aqueduct is shown carrying Slacks Beck over it. In the photo the beck flows into the quarry at the top left hand corner and outflows behind the tree on the right. Interestingly, a tramway is shown going right into the quarry and connecting to the Cliff Ridge tramways via a tunnel under the Aireyholme Lane.

By 1915,  the aqueduct is still shown but the tramway is no longer shown extending in the deepest working in the east of the quarry. The tunnel is also no longer in use, the tramway diverted along a large loop contouring the slope.

At the turn of the century, the quarry was operated by William Winn as part of his Cliff Ridge quarry.2o’Sullivan, Dan, “Great Ayton: A history of the village”, ISBN 0 9508858 0 0, 1983 In about 1913 it was taken over by the Gribdale Mining Company, who also operated a quarry at Gribdale. Final abandonment came around 1918.