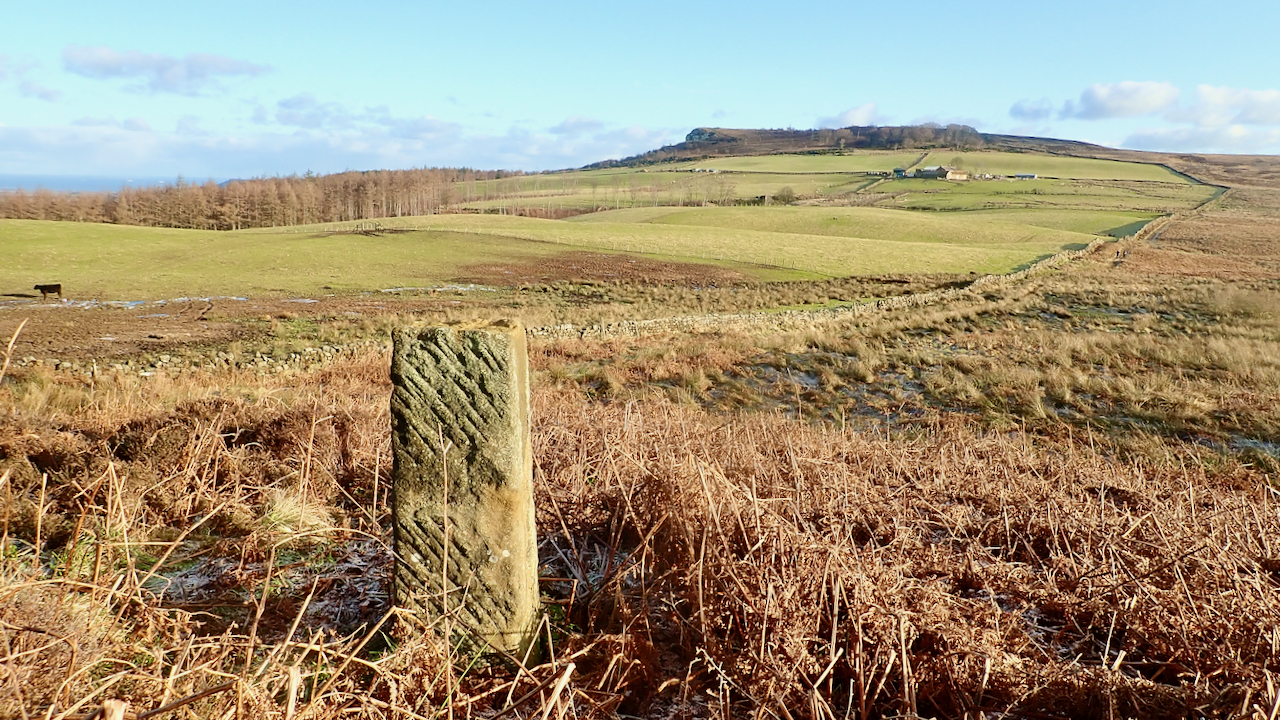 February, or as the Venerable Bede wrote ‘Solmonaþ‘ – Mud Month.

(The ‘þ‘ is a thorn, a character used in Old English and pronounced similar to ‘th’ apparently. It is also used in modern Icelandic.)

The view today is of Highcliff Nab taken from just below Black Nab across the fields of Codhill or Highcliffe Farm. The boundary stone carries the inscription ‘T.C. G 1860’, The ‘T.C.’ refers to, of course, Thomas Chaloner, Lord of the Manor of Gisborough. A lovely morning on the moors. Not looking so good tomorrow.

Back to February. Other names for the month were ‘Kale-monath’ (cabbage month) or the month of the cakes, when offerings of cakes were made to the pagan gods, but don’t get your hopes up, these cakes were probably not your Black Forest gateaux or even a Victoria sponge but unleavened and unsweetened bread-cakes.

it wasn’t until the 13th-century that February became the term used which derives after the Roman purification and fertility festival ‘Februa‘ or ‘Lupercalia’ traditionally held around this time of the year. The rites were performed at the cave of Lupercal in Rome where Romulus and Remus were said to have been suckled by a she-wolf. Young men, the ‘brothers of the wolf’ or ‘Luperci’ would run around the city dressed only in thongs made from the hides of a sacrificed dog and goat.

Not quite the thing for an English climate.