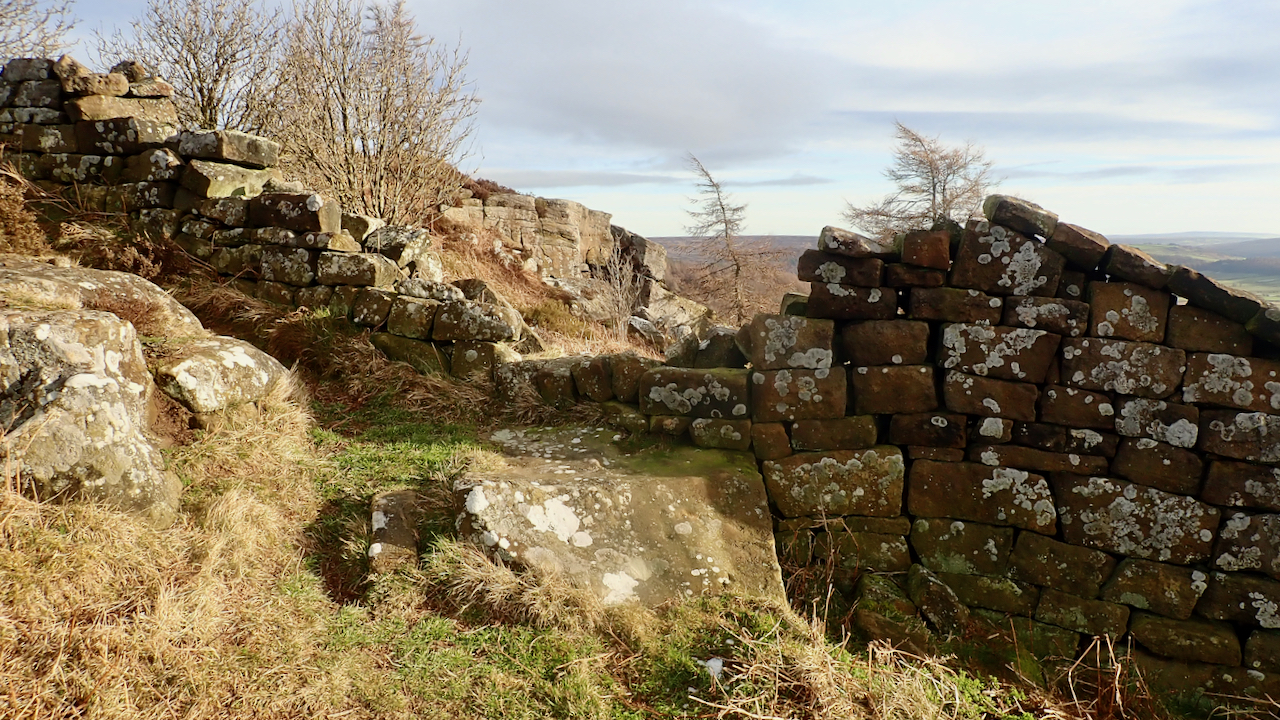 Today’s photo is of Ward Nab, or Cook’s Crags, the name by which the climbers know it. It’s on the southern tip of Easby Moor.

A completely unrelated fact is that today in 1823 Edward Jenner, the pioneer of the smallpox vaccine, died. He has been referred to as the ‘Father of Immunology’ whose work has ‘saved more lives than the work of any other human‘.

Jenner realised that milkmaids who often contracted cowpox, a mild disease, were protected from smallpox which was endemic at the time and resulted in fatalities of 60% in adults and 80% in children.  His method of testing his theories would be deemed unethical today. He injected his gardener’s eight-year-old son with the pus from cowpox blisters on the hands of a milkmaid. The lad developed a slight fever. Several days later, Jenner exposed him to smallpox and the lad was found to be immune.

I should point out that a similar technique called ‘variolation‘ had in fact been used for centuries in China, India and Africa but it was Jenner who is attributed as developing the procedure.

As I write this more than 6 million people in the UK have had at least one dose of one of the Covid-19 vaccines, but there are growing concerns about the hesitancy of the vaccine take up particularly in some black and minority ethnic communities. Why is that?

Opposition to vaccinations is not new. Once smallpox vaccinations for infants became compulsory in 1853 an anti-vaccination movement grew with mounting mistrust in the government and the spread of, to use the modern parlance, ‘conspiracy theories’.

Some of the modern Covid conspiracy theories, that the vaccines contain cow products or alcohol, target specific ethnic communities. But as I understand it amongst the African American and African Caribbean communities there has been a distrust with Western medicine that originated from the time of slavery.

Although in the Caribbean British, plantation owners were required by law to provide subsistence, but this was usually inadequate and lacked protein. The enslaved people therefore had immune systems that were not strong enough to cope with the primitive medicine practiced by the enslavers. Surgical practices were carried out in less-than-hygienic conditions and medicines often included poisons such as arsenic and mercury. The result was significant unintentional harm on the patients.

During the early part of the 20th-century, America pursued a eugenics program which involved the compulsory sterilisation of certain groups including specific African American, Hispanic, or Native American communities of colour.

In 1932 , a study was set up in the United States to observe the natural history of untreated syphilis. The 600 African-American men in the study were told they were receiving free health care from the federal government but instead they were being monitored for the long term effect of Syphilis. The  study became known as the Tuskegee Syphilis Experiment and lasted 40 years. It was completely unethical, eventually being apologised for by President Bill Clinton.

There is also a catalogue of serious abuses in medical research and clinical trials on the African continent. In April last year, two French doctors suggested trials in Africa to see if a tuberculosis vaccine would prove effective against the coronavirus. They later apologised.

Taken together, all these have led to a deep-rooted suspicion of government and medical science within the African-American community. A collective memory which has found its way across the Atlantic. A memory which will the government can not ignore.

Incidentally, to exasperate matters more, fake vaccination programmes are not unheard of. The CIA instigated a campaign in Pakistan to find Osama bin Laden using a fake hepatitis B vaccination project. This will understandably contribute to the distrust in that country.