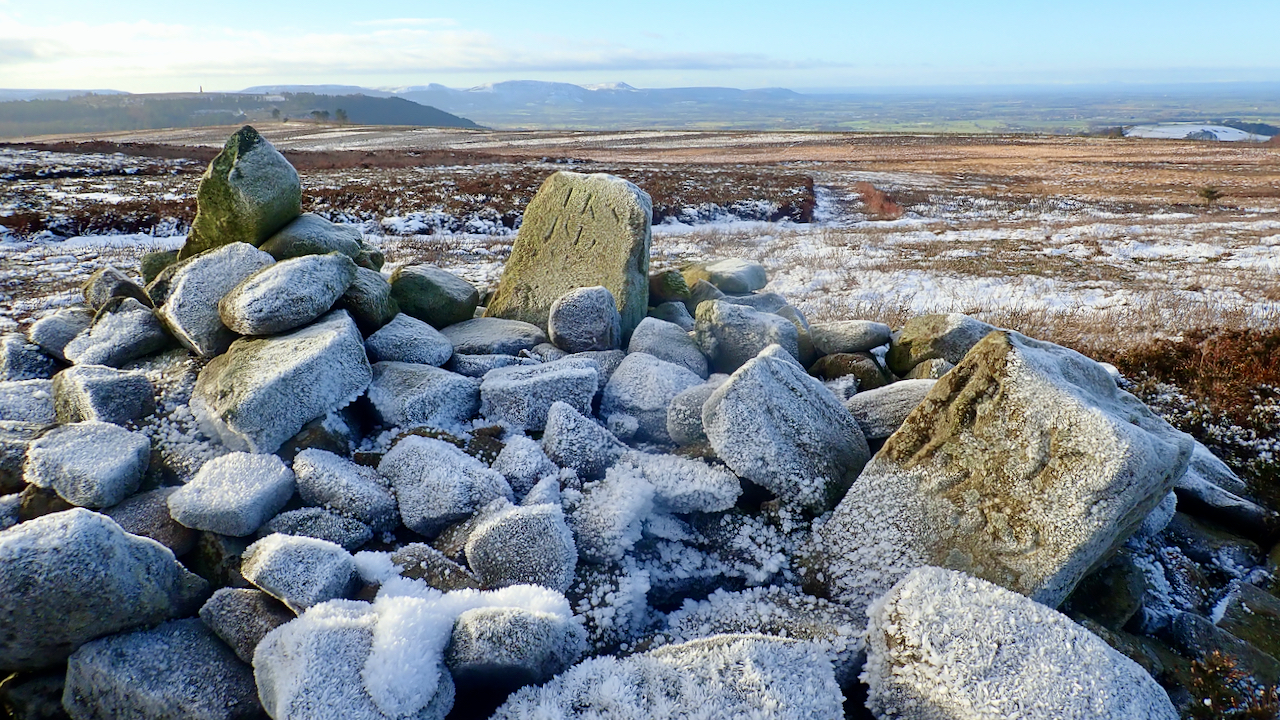 I hope you are sufficiently replete after your haggis suppers with neeps and tatties. Happy Burns’ Night and all that; this the 262nd anniversary of the birth of Scotland’s national bard.

I ended up today on Great Ayton Moor, the round cairn sprayed white with a featherlike hoar frost, a frost that forms when water vapour freezes fast onto surfaces after a clear, calm night.

‘Hoar‘ comes from the Old English ‘hár’ meaning old, grey, and white with age. In Welsh, a hoar frost is known as ‘barrug‘; Finnish, ‘huura‘; and German, ‘rauhreif‘.

It seems appropriate, on this Burns’ Night to delve into Norse mythology for a more poetic description of frost. Hrímfaxi is the horse of Nótt, the goddess of the night and every night Hrímfaxi pulls Nótt’s chariot across the sky and his spittle that falls from his bit freezes as it touches the ground, covering the ground with ice crystals. The name Hrímfaxi translates as ‘rime mane’ or ‘frost mane’.

I guess this is referring to a hoar frost, but …

<Pedantry>’Rime’ to me is ice that grows into the direction of the wind, as wind-borne water droplets freeze on contact with existing rime often forming elaborate feathers to walls and fences. </Pedantry>