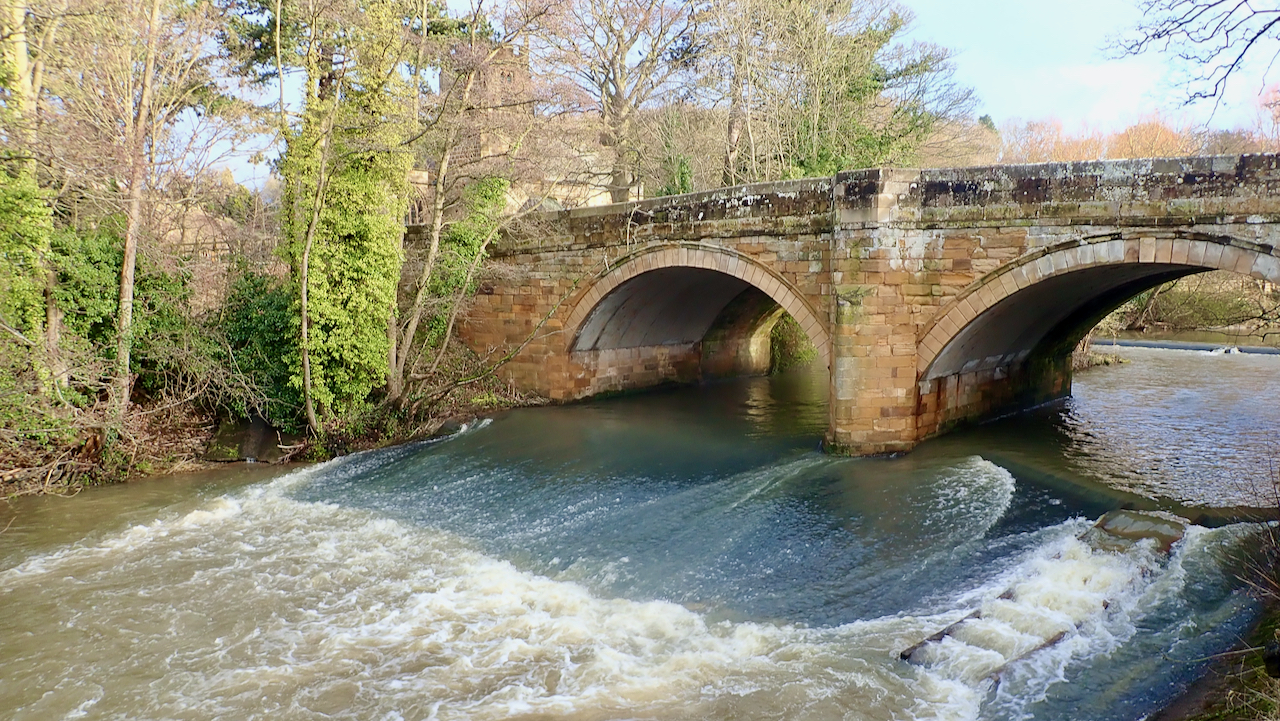 … before the weather comes in again. So out on the bike, the first time this year.

I stopped off at the Leven Bridge at Hutton Rudby. One village, two ancient townships separated by a river in a deep cleft.

On the west side, Hutton; the ‘ton’ ending indicating that this was an Anglo-Saxon settlement so the name means the “village on a hill”. The hill, an island of glacial sand and gravels in a sea of boulder clay. The drier easily worked soils making it the obvious place to settle.

Then along came the Danes probably lead by a chief called ‘Rudi’. They settled on the unclaimed land on the eastern side of the river, on the heavier clay and alluvium, calling their village “Rudi’s village”. It seems unlikely there was any animosity developed between the two communities.

Both villages are recorded in the Domesday Book but later they became known jointly as Hutton-juxta-Rudby or Hutton-nigh-Rudby.

The stone bridge connecting the two townships was built in 1755 and widened in 1972. It replaced an earlier wooden bridge.