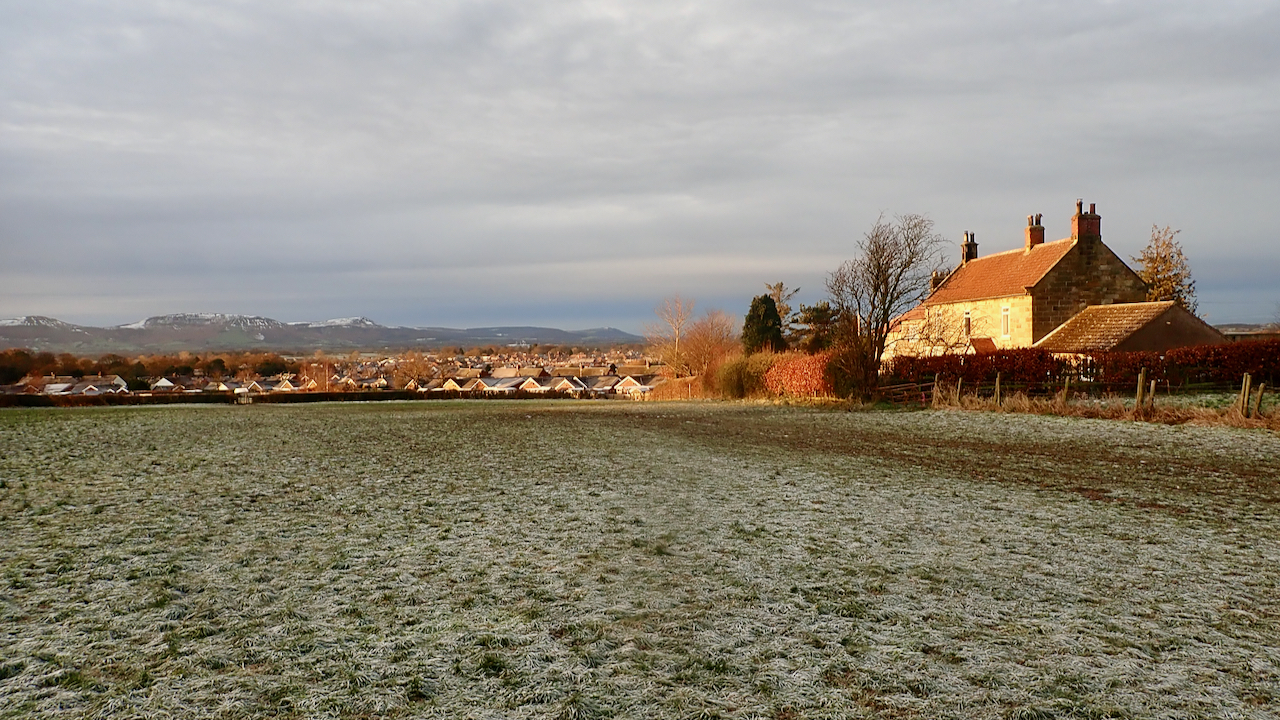 A burst of fulgent sunlight first thing this morning as I stomped across the frozen field in front of Cliffe House. I was heading for Bank Foot where my wife would be waiting for me. But it would be the last of the sun I would see, for the day soon became dull and overcast.

I didn’t quite stick to the route I had planned. At the cattle grid below Park Nab on the lane to Baysdale, I came upon a cyclist sitting back against the gate with a suspected broken leg. He was conscious, wasn’t alone as a car had pulled up, and the air ambulance soon landed in a field nearby. There was nothing I could do, but as I couldn’t get the dog over the cattle grid and I hadn’t the heart to ask him to shift up a bit, a retreat was the order of the day.

One of the comments I regularly see on FaceBook is that exercise should be undertaken locally as traveling increases the risk of an accident and an unnecessary burden on the emergency services which are stretched at the moment. I believe this chap was local and, although my bike certainly will stay in the garage this weather, it would be wrong to jump to the conclusion that he was foolhardy without knowledge of his competence and skill. Accidents can happen anywhere even around the house.