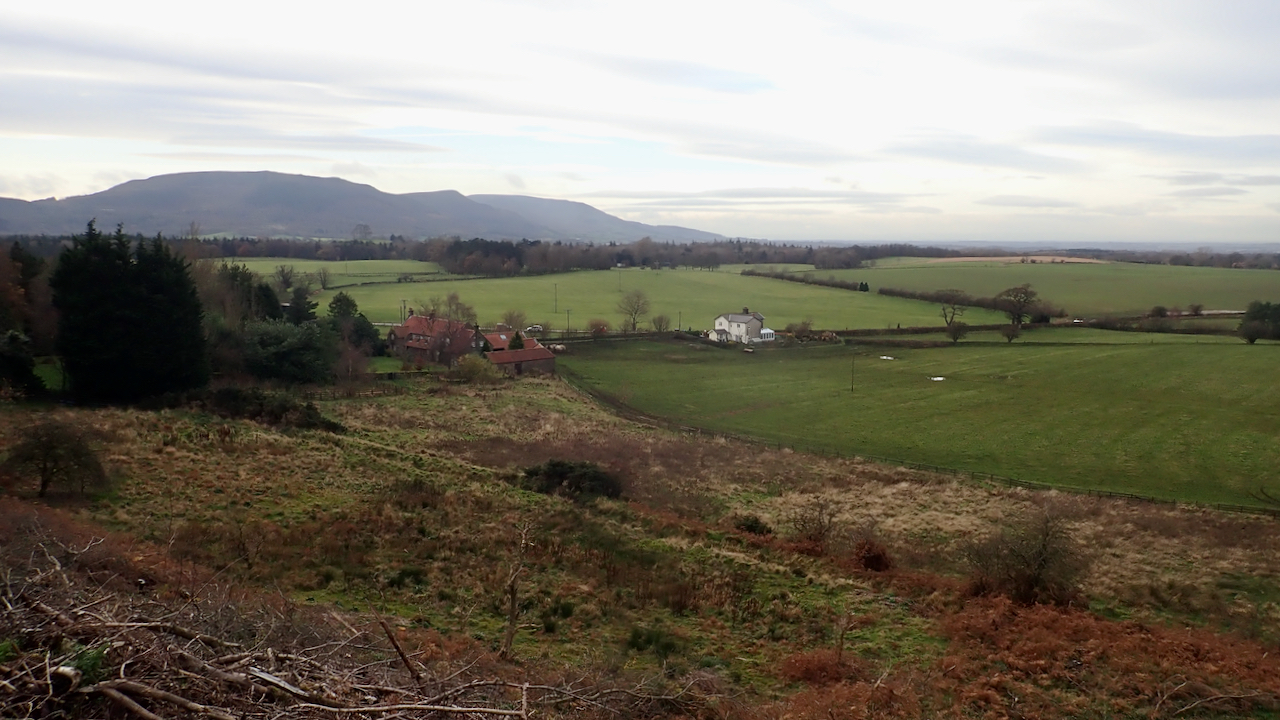 Recent felling on Ingleby Bank has opened up a new vista across Greenhow bottom to the Cleveland Hills. In the near distance are Bank Foot Farm and the old railwayman’s house formerly known as Poultry House Cottage.

Poultry House Cottage has a dark history. I wrote about it here on my old site dated 18 December 2015. Almost 5 years ago!

But to retell. In 1924, the Rosedale mineral railway ran between Battersby to the foot of the Ingleby Incline and on to the ironstone mines in Rosedale. Poultry House Cottage was located where the railway crossed the track to Bank Foot Farm. It was the home of Jerry Dalton and his family. His work colleague and best mate was Frank Ward who lived at one of the cottages at the foot on the Incline, 1½ miles away. After work, Ward would walk along the railway to Dalton’s house and the two would carry on to the Dudley Arms in Ingleby Greenhow for a few bevvies.

This was the plan on the night of 3rd October 1924, Ward set off down the railway track. He had a few debts to pay in Ingleby and he was carrying his savings of £100 as he didn’t trust banks. When he hadn’t returned by the expected time, his daughter, Hannah, began to worry. She raised her neighbour and after a brief search, they discovered a trail of blood and the partially covered body of Frank Ward in a haystack.

The next morning the police called at Jerry Dalton’s house at Poultry Crossing. His wife said he had gone out to check rabbit snares. He was discovered slumped in a culvert with a wound on his throat which later turned out to have been self-inflicted. Dalton was arrested for murder for which he was convicted at Leeds Assizes and subsequently hanged.

It’s, without doubt, a sensational tale but I wonder what happened to the other folk in this story, Hannah Ward and her younger brother. The account suggests they were alone in the house. Had her mother died? And did the cope with being alone in the world? Presumably, they would not have been allowed to remain in the railway company’s house even if Hannah could manage to find work.