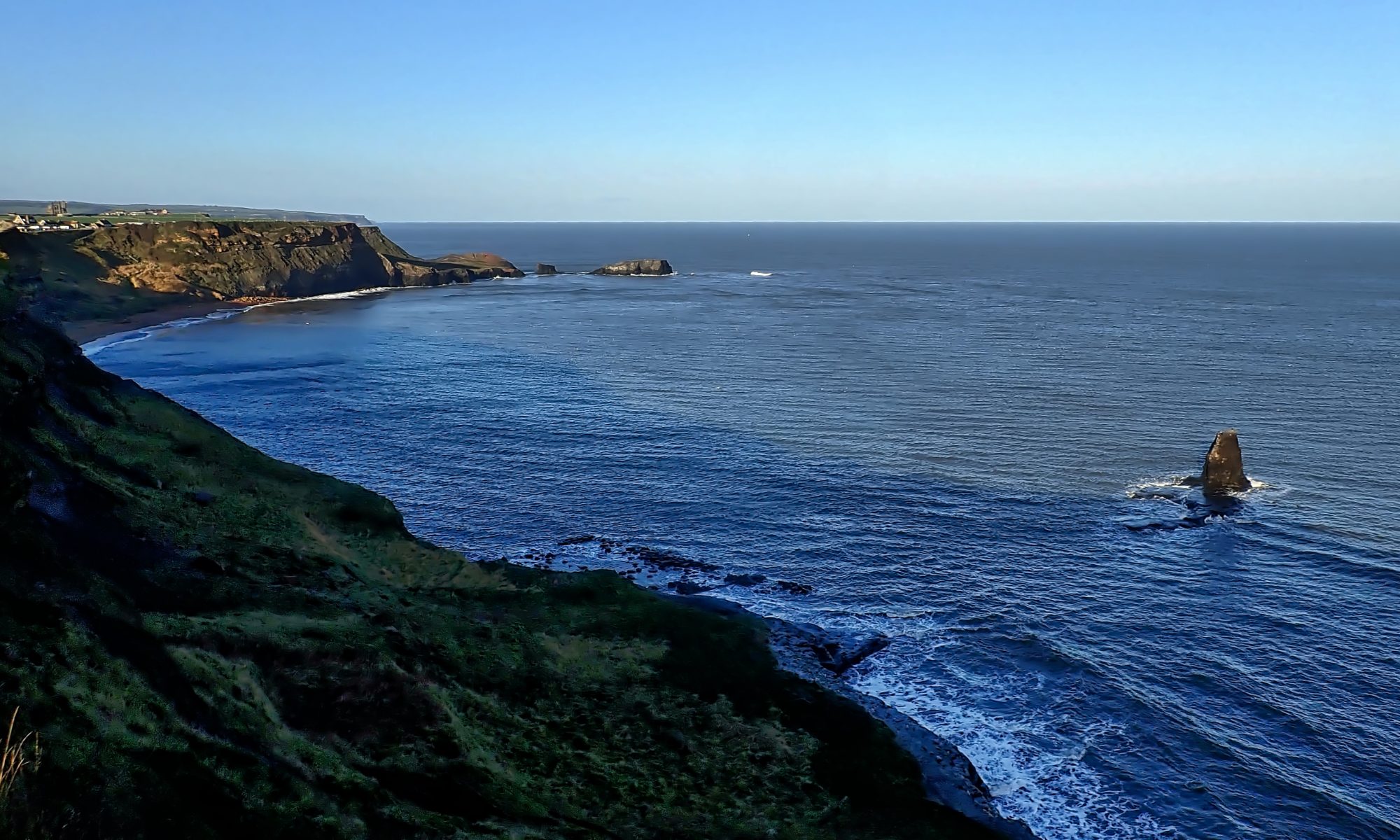 Just east of Whitby lies the once secluded Saltwick Bay, protected by sea cliffs hosting a breeding colony of Kittiwakes and Fulmars. But the huge static caravan park dominates the cliff top. A steep trod allows access to the beach.

On Saltwick Nab in the distance, Sir Hugh Cholmley set up his alum works in the mid 16th century. Other works at the nearer Black Nab followed, now reduced to a single stack after extensive quarrying and relentless assault by the sea.

At low tide, Black Nab is dry and a tempting walk over the scar. Many archaeological remains can be found on the coast and also the odd wreck or two. But heed the tide tables.

One wreck in which little remains above the sea level is the hospital ship HMHS Rohilla which floundered on Saltwick Nab in 1914. There were 229 people on board including doctors, nurses and orderlies. A full-scale rescue was launched. The Whitby rowing lifeboats were unable to launch because of the storm but one was lowered over the sea wall and dragged over the scar for a mile. It rescued 33 people before being wrecked herself.

Meanwhile, lifeboats from all over the North East raced to help out: Teesmouth, Scarborough, Tynemouth. The Upgang rowing lifeboat was transported by 6 horses and 100 men across the cliffs, through Whitby and over to Saltwick. It was then lowered 200 feet down the cliffs to the shore, only to discover that the onshore gale and lashing seas prevented launching.

In the end, 146 lives were saved by the lifeboats and their crews. A rescue which had taken 50 hours, endured gale-force winds and terrifying seas and involved the whole community.