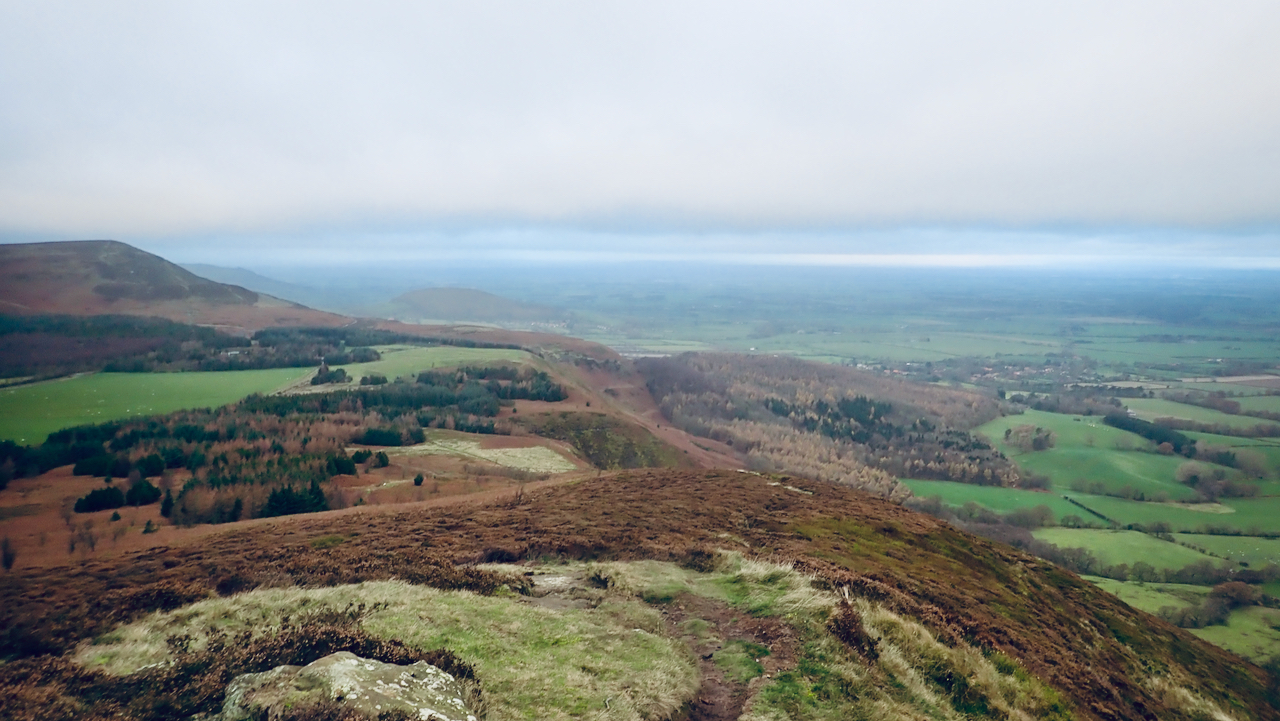 Otherwise known as the Lord Stones Country Park, which should, of course, be the Lords’ Stone as there’s only one stone situated where the lands of three Lords met: Duncombe of Helmsley, Marwood of Busby Hall and Aislesby.

A murky day, and windy too. On Cringle Moor holding the camera steading was not easy.

No geographical history today. Just some a tangent of a ramble.

Shakespeare, in The Merry Wives of Windsor, has the host of the Garter Inn greet his customers, Shallow, Ford and Page:

My hand, bully; thou shalt have egress and regress;
said I well? and thy name shall be Brook. It is a merry
knight. Will you go, mynheers?

A ‘bully-rook‘ here is a jolly comrade, and ‘bully‘ too, a term of endearment.

The etymology of the word ‘bully’ lies in the 15th-century Dutch ‘boel‘ meaning lover or brother. A century later, when Shakespeare was in full flow, it had come to mean ‘a fine fellow’. And in modern parlance, it has deteriorated to mean ‘a harasser of the weak’.

As a ‘companion’, a ‘comrade’, or a ‘mate’, the usage continued into the 20th-century in the Pitmatic dialect of the coalfields of the North East, and amongst the fishermen along the coast, the ‘crew of a keel’.

This familiar name has also often been used for fauna, particularly those which are short and thick-set: the Bullfinch is an obvious example but the Chaffinch and the tadpole also.

But if ‘bully’, meaning a domineering, overpowering, abusing personality is relatively modern, what words or phrases have been used in the past? As, for sure, this distasteful characteristic of human nature must have been around since the first Neolithic farmers began to ‘civilise’.

In Greek mythology, Hector in Homer’s Iliad had a reputation of being a swaggering coward, or a bully in the modern sense, so to ‘hector’ was often used.

It seems there are many, many words, all on a spectrum between someone who is a coarse, vulgar, or profane coward, to an overbearing presumptuous cheat. Here are a few of my favourites: