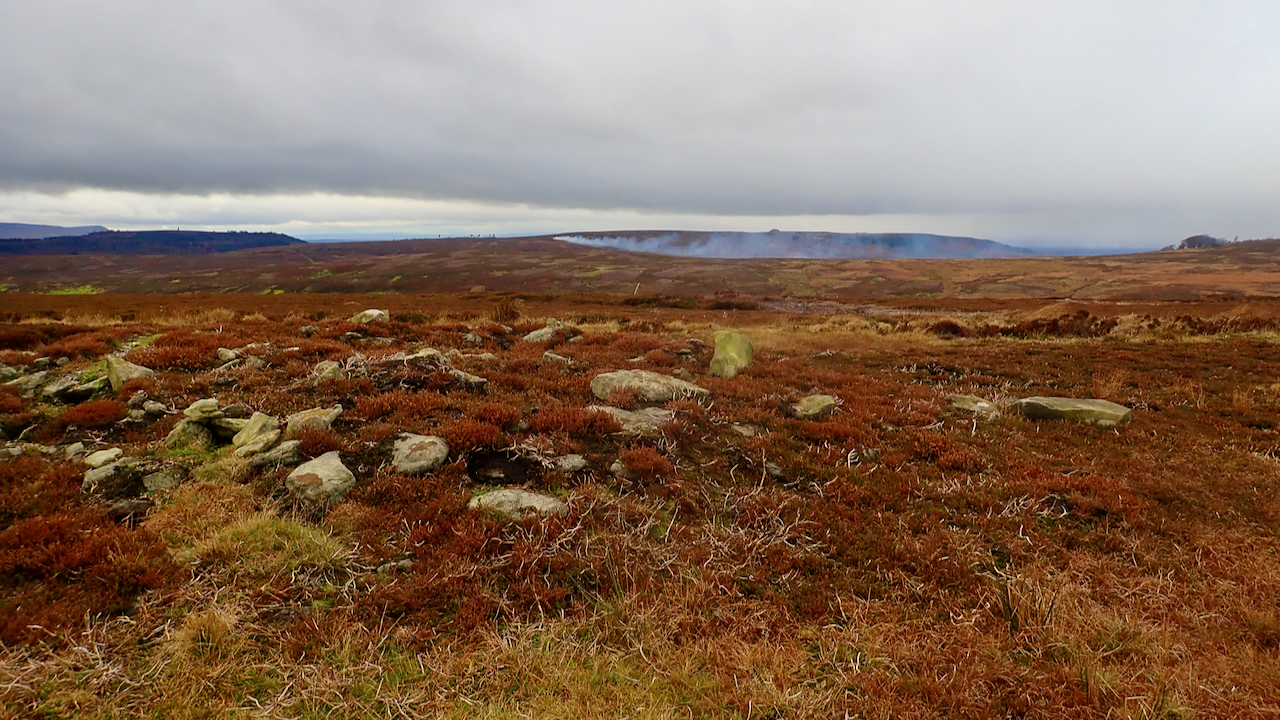 This is somewhere near to the WW2 bunker on Great Ayton Moor. The smoke was heading straight towards Guisborough.

Now it’s been a year since the Government committed to banning rotational burning on peatlands. However, nothing has happened. This is perhaps not surprising since it has had the coronavirus to deal with, but there is a fear that the Government is prevaricating to protect grouse moor owners.

Tomorrow (Wednesday 18th November 2020 at 4.30 pm), there is a debate on moorland burning in the Westminster Hall. There is just time to write to your MP reminding him/her to attend the debate and to urge the Government to act on its commitments. The RSPB has launched a little tool which conveniently allows you to have a letter sent automatically to your MP.

This photo was taken when I was running across Gisborough Moor. If I was ‘as fit as a butcher’s dog’ like our esteemed Prime Minister I might have been tempted to nip over for a closer shot. It’s such a strange expression, certainly Victorian.

I know it is supposed to give the allusion of superior fitness but in my imagination, a dog being able to gorge on scraps of fat all day would be the doggie equivalent of a couch potato.

I have only once, as I recall, come across the term in general usage. That was 30/40 years ago on a construction site on the Tees. It was then used to describe the attractiveness of one of the office girls.

And whilst we are on 19th-century slang, did you know a ‘flapdoodler’ is a charlatan namby-pamby political speaker.

3 Replies to “The keepers have been at it again.”