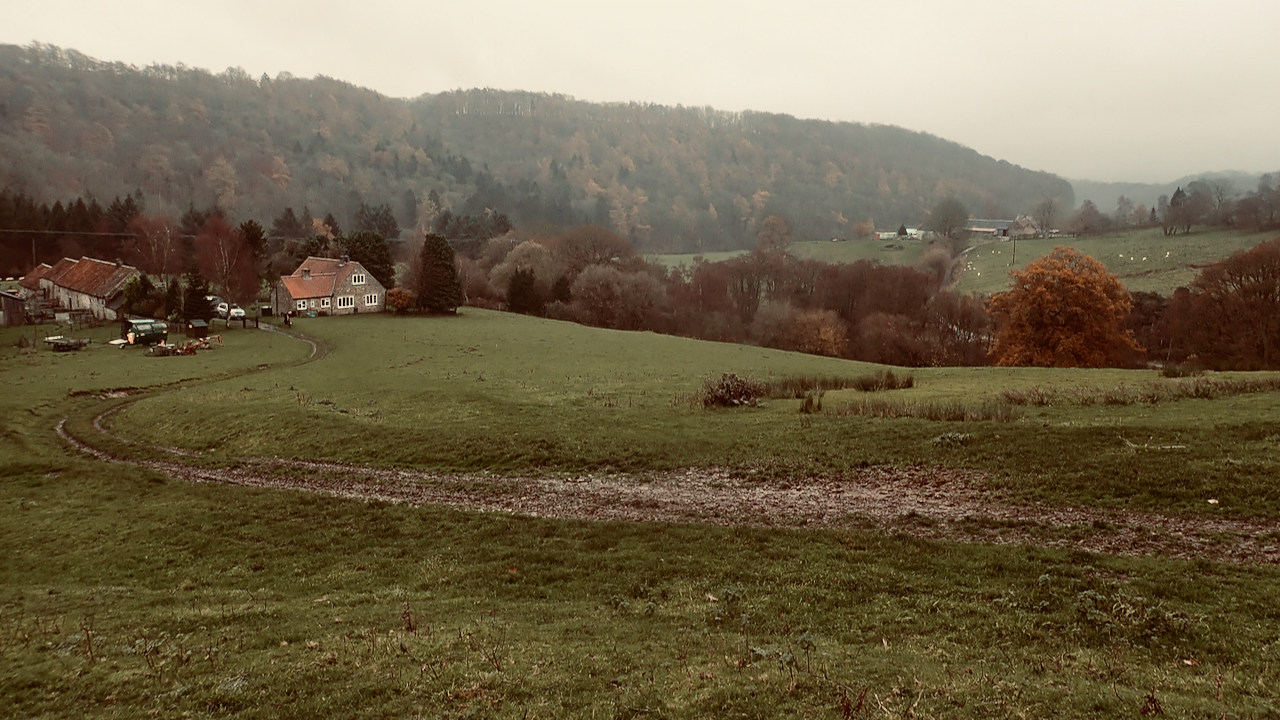 Sir Nikolaus Pevsner (1902 – 1983) was an architectural historian who documented the principal historic buildings in every county in his ‘The Buildings of England‘.

In his Yorkshire volume under Old Byland, he writes in the introduction to the village “the site of Byland Abbey was 1¼ m. NE of Old Byland“. I was fascinated by this and added it to my to-do list. I knew the Savigniac monks had had several attempts at establishing their abbey before finally settling at Byland Abbey near Wass and this indicated the earlier site was in Rye Dale near to its confluence with Caydale.

The North York Moors National Park Historic Environment Records map further suggests that the site may have been at Tylas Farm.

The monks must have had no idea when they left Furness Abbey in 1134 to establish their new daughter house, that it would take them 46 years and involve seven moves. Calder, back to Furness, then across the Pennines to Thirsk, to Hood below Sutton Bank, Old Byland, Stocking (which I think was near Oldstead), and finally to the site just south of Wass.

The monastic cell at Old Byland was short-lived, 1143-1147. One of the main reasons why the site was found to be unsuitable was its closeness to the already established Rievaulx Abbey. The bells of both abbeys could be heard by each other at all times of the day and night, ‘which was not fitting and could by no means be endured‘.

So this is an area I’ve wanted to visit for some time, but this morning was wet with poor visibility and lots of mud around.

The nearest farm in the photo is Barnclose House, a cruck framed house probably dating from the 17th-century or earlier in origin.

In the distance is Tylas Farm, the suggested site of the monastic cell. It is also listed as a site of a medieval tile works which would confuse the interpretation.