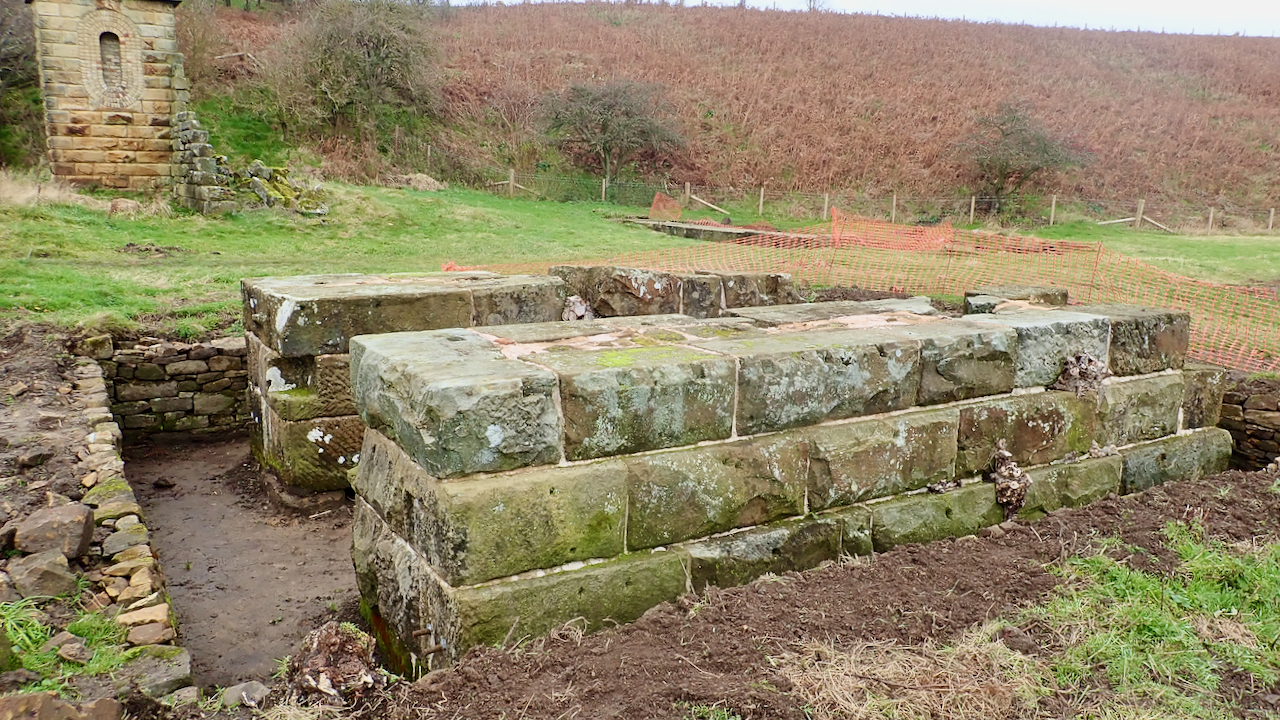 I can’t believe it is almost five years since I posted a photo of the elaborate Victorian chimney in the upper reaches of the Leven valley.

Back then the site was well fenced off, with inquisitive visitors made unwelcome. Since then, there has been much conservation work carried out. A gate and information board now offer an invitation to have a nosey around. The only disappointment is the open grid mesh capping to the two shafts. Ugly but a necessity for ‘Elf & Safety.

Work is still obviously ongoing and is funded by the National Park’s four-year Land of Iron project which is due to finish in spring 2021. But I guess covid restrictions have impacted the progress.

The photo is of the plinth for the winding engine, with the base of the chimney in the background.

The arrival of the North Yorkshire & Cleveland Railway in Kildale in 1859 opened up the possibility of ironstone mining in the valley, perhaps replicating the bonanza of the Eston Mine. Exploratory work was favourable but the letting of royalty was delayed until 1866. A year later the company was bankrupt.

The royalty was re-let in 1872 to the Leven Vale Company which itself went into liquidation after two years, not helped by a miners’ strike and a slump in the iron industry. There ended all ironstone mining at Warren Moor.

Some ore was extracted by drift mining into the dogger seam (roughly at the level of the hedge line in the featured photo), but the visible remains are part of the effort to reach a much richer seam at a depth of 220′. This required the sinking of two shafts, an upcast and a downcast, with the associated surface works, altogether a costlier enterprise.