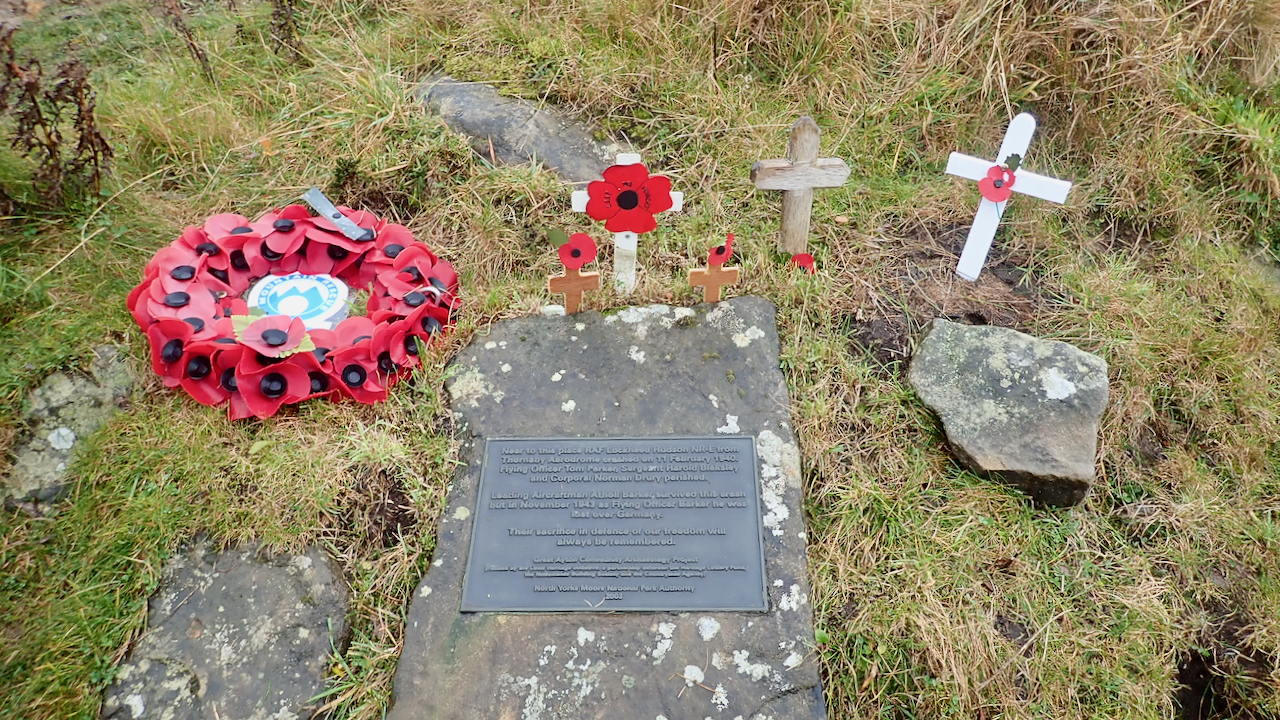 Members of the Cleveland Mountain Rescue Team conducted a socially-distanced commemoration at the memorial to the airmen who were killed when a Lockheed Hudson aircraft crashed on Easby Moor in the early hours of 11th February 1940.

The aircraft was one of a flight of three which had taken off from Thornaby airfield on a mission to search for enemy minesweepers operating in the Heglioland Bight off the Danish Coast.

Ice had formed on the wings of the aircraft causing it to gain insufficient height to clear the hills. It clipped the escarpment, ploughing on through a drystone wall and a plantation of larch trees. Three of the aircrew died, Flying Officer Tom Parker, Sergeant Harold Berksley, and Corporal Norman Drury. The fourth, Leading Aircraftman Athol Barker survived only to be shot down three years later whilst flying over Germany.

The verse from the poem ‘For the Fallen’ by Laurence Binyon was read:

They shall grow not old, as we that are left grow old:
Age shall not weary them, nor the years condemn.
At the going down of the sun and in the morning
We will remember them.