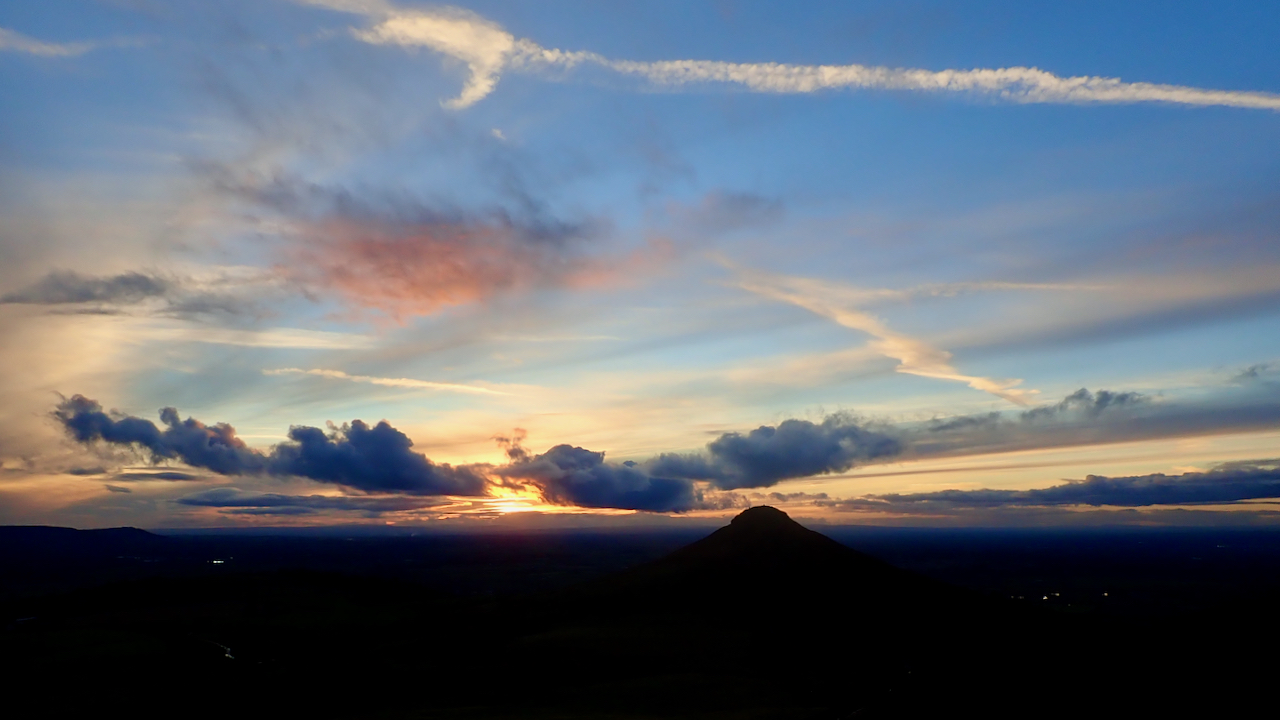 Perhaps not the best of sunsets but the crepuscule has always been a magical time. Throughout the millennia, man must have gazed upon the mesmerizing sky, reflecting on the day gone and the morrow to come.

In Norfolk, a red-hued sunset was called a ‘bullfinch sky‘. I like that phrase but is it red enough to qualify?

It’s ten minutes or so after the actual sunset, so I guess we’re well into twilight. A quick search of old dictionaries available online, I find a range of dialect words for twilight. ‘Gloaming‘, ‘darkening‘, or ‘mirkning‘ are Scottish words. In Yorkshire we get ‘day-gate‘ or ‘shank‘. Down south, ‘dimpse‘ or ‘dumps‘ in Somerset, ‘grasplin‘ in Devon, ‘mirkshut‘ in Gloucestershire, and ‘clumps‘ in the East of the country.

And lastly ‘cockshut‘, which is actually a large net, suspended between two poles and used employed to catch, or shut-in, woodcocks. Its use, chiefly in the twilight, meant that it became used for that time after sunset.
[Ref007]