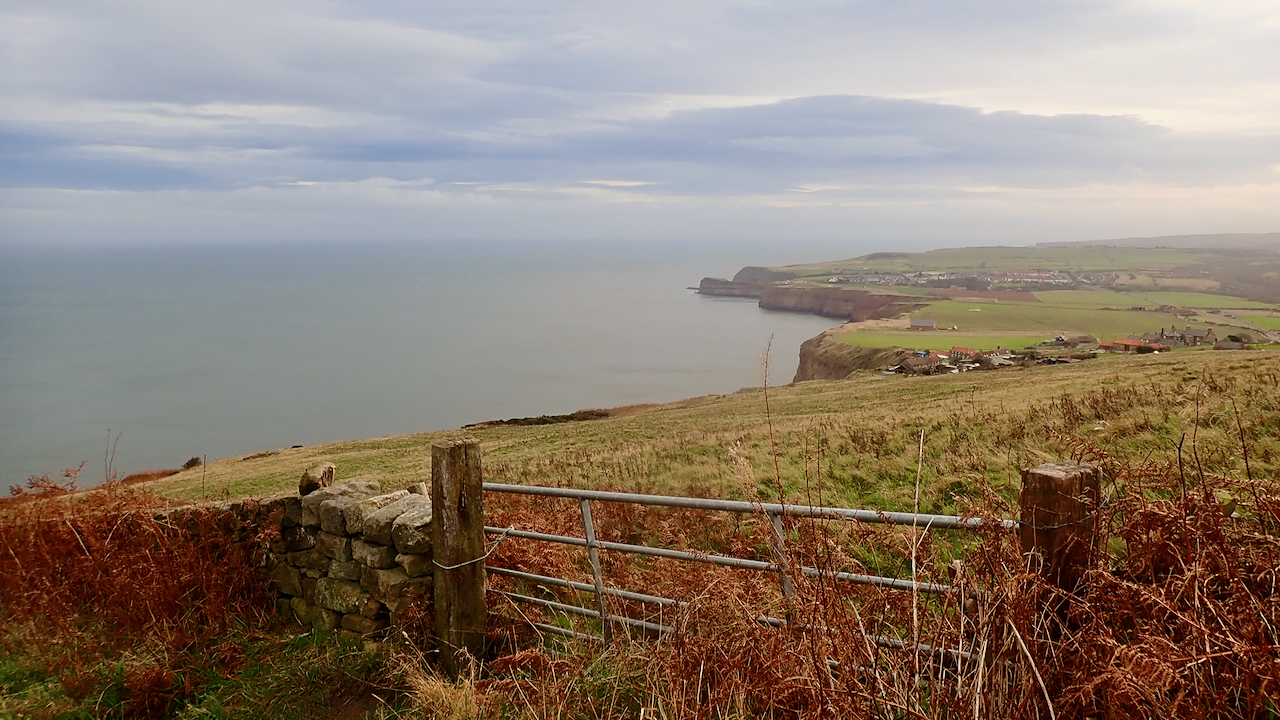 A view east from Boulby Bank.

The sea looks quite benign from this height but beyond the lee of the cliffs the westerly winds were whipping up the white horses.

It was much worse on this day in 1885, 135 years ago, when the North Sea coast was battered by a severe storm. Whitby, just a few miles further along the coast was the scene of two shipwrecks.

The wooden brig ‘Mary and Agnes’ sailing from London to Newcastle with a cargo of scrap iron became stranded on Whitby Beach. The crew of six were rescued with the aid of a rope attached to a rocket fired.

The photographer Frank Meadow Sutcliffe captured the stricken ship in a postcard entitled “The Flag of Distress”.

The other wreck happened on the other side of Whitby, actually in the Lower Harbour on the beach called Collier’s Hope. This was the Dmitry, a Russian schooner en route from Antwerp to Newcastle-upon-Tyne ballasted with sand. She had already narrowly missed hitting The Scar and by what is considered to be extraordinary seamanship, the captain managed to steer her into the apparent safety of the harbour. But the heavy waves forced the ship onto the beach and continued pounding eventually broke the ship up. Later, in the calm after the storm, a photo of this wreck too was captured by Frank Meadow Sutcliffe for sale as a postcard.

Both scenes attracted thousands of spectators. Thousands lined the promenade, harbour and cliff top to view the two spectacles. When Bram Stoker visited Whitby five years later the wrecks was still fresh in public memory. He may have purchase one of Sutcliffe’s postcards. In his notes, he records that he spoke to the coastguard about the Dmitry and learnt how a dog had jumped off the grounded ship and ran up the church steps and into the churchyard. It is said that this provided the inspiration for Dracula’s arrival at Whitby for his Gothic novel.