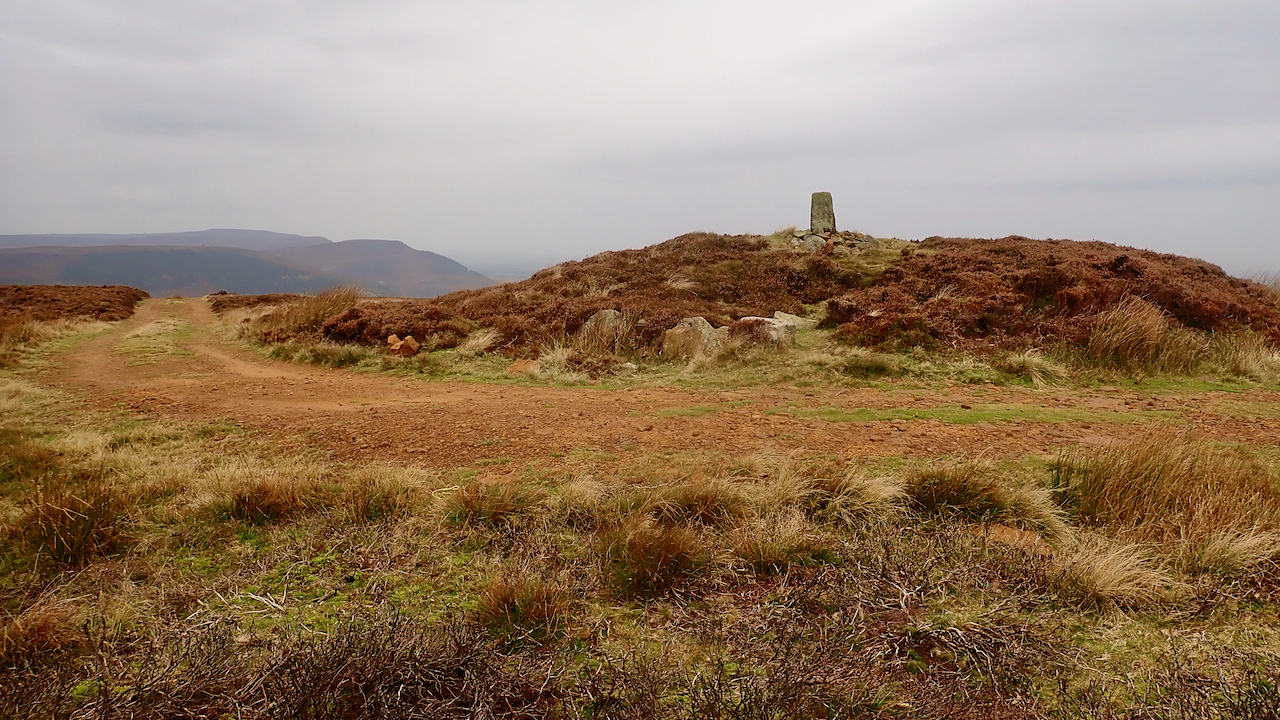 The largest of four tumuli on a low knoll on the long ridge of Ingleby Moor. The other three are 60m to the north. It’s tempting to assume the name derives from the Old Norse ‘Botn’ meaning a hollow, as does the name of the hamlet of Greenhow Botton which it overlooks.

Burton Howe is a fine example of a Bronze Age round barrow, a large circular burial mound of earth or stone. In this case, topped with an 18th-century boundary stone. At first, people were buried whole in a crouched position but over time cremation became more common, with the ashes being collected and put in a pottery urn, often placed upside down within the barrow.

The barrow had already been disturbed when it was re-excavated in the 1950s. A circular pit was found to have been dug into the centre containing a stone cist. Unfortunately, a buried body would have vanished owing to the acidity of the soil, but pieces of an urn, a few crushed bones, flint chippings, and a clay bead were found.

Despite the dearth of finds, Burton Howe has revealed much. Subsequent pollen analysis suggested that the barrow was constructed in a woodland clearing. This does seem at odds with the modern perception that the burial mounds were built to provide a focal point on the horizon, to make a monument for a lost chieftain. A wooded North York Moors is hard to imagine.

Whether these howes were erected alongside ancient Neolithic pathways or tracks developed once the howes became conspicuous landmarks after the loss of tree cover on the moors is open to conjecture. But by the Middle Ages, a track ran from Ingleby Greenhow to Kirbymoorside past Burton Howe and down Rudland Ridge. The forerunner of today’s landrover track.