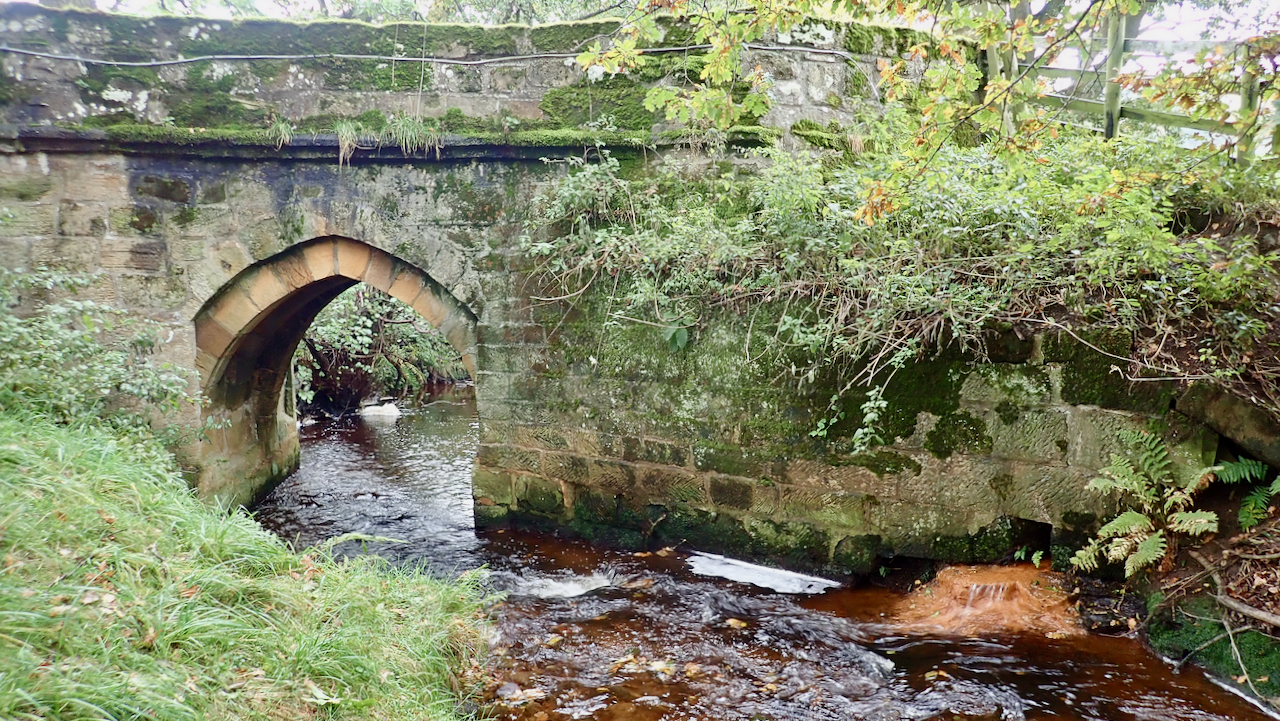 A single-arch bridge crossing Baysdale Beck, near to and contemporary with the small Cistercian nunnery of Baysdale Abbey.

Which puts its construction in the 13th-century, although “the attached piers and parapet are probably 17th-century in origin with later alterations”. Which begs the question of which bits are original?

No trace remains of the abbey, its stone no doubt reused in the building of the farm which now occupies the site.

Baysdale Abbey was home to about 12 nuns and a prioress between 1189 and 1536. They all came from wealthy families and seemed to have been quite a rum lot.

In 1307 an order was made for “the deprivation of the prioress (Joan de Percy) on account of her dilapidation of the goods of the house, and her excesses and perpetual and notorious misdeeds”. I wonder what she got up to?

Baysdale (or Basedale as it is named on old maps) was actually the third site for the nunnery. Originally it was established in Hutton Lowcross but soon the nuns were in disgrace and in dispute with their neighbours. A new Priory was built on land at Nunthorpe near Great Ayton but their behaviour did not improve and before long the ecclesiastical authorities moved them again, this time to isolated Baysdale.

Sounds like a good plot for a historical drama.

One Reply to “Baysdale Abbey Bridge”