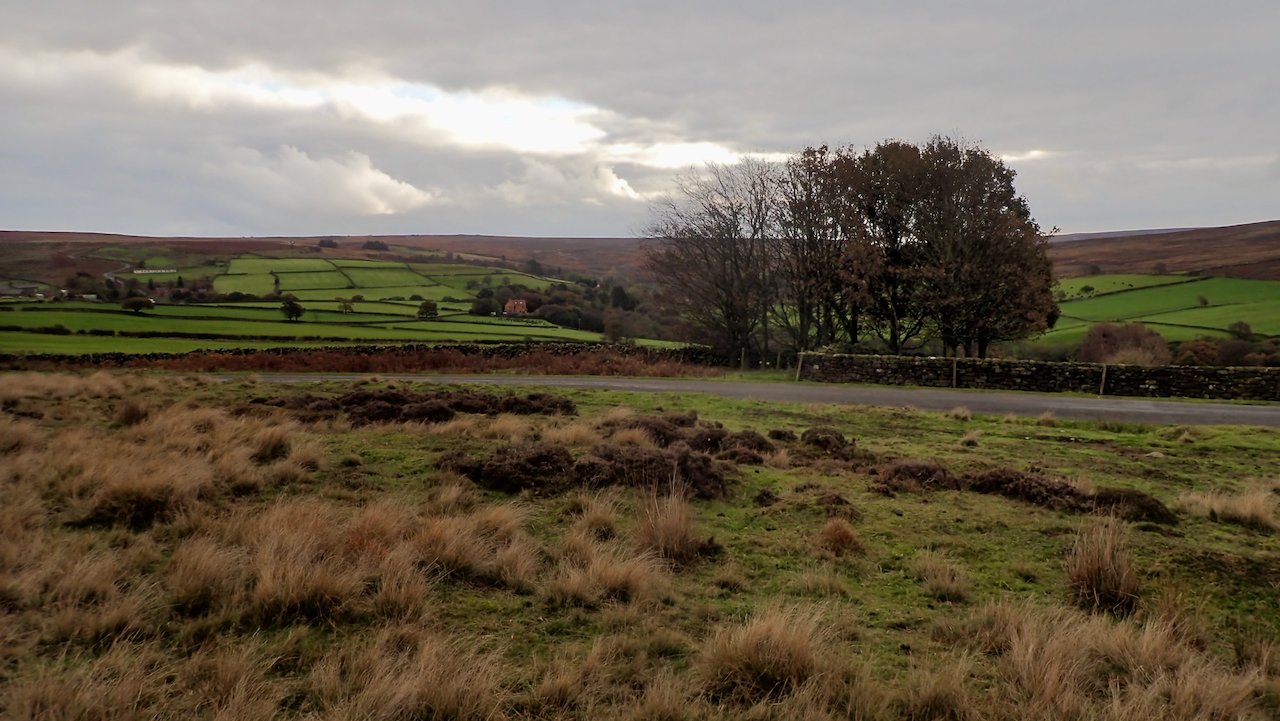 A dull morning for a bike ride, but dry.

Just outside Commondale on the Kildale road, there is a small copse. It hides a double right-angled bend in the dry stone wall called Nanny’s Nook, said by Frank Elgee to have been frequented by a witch and the site of an ancient settlement.

This may be Nanny Howe, the witch reputed to have been seen over Great Ayton riding her broomstick just at midnight written about by Richard Blakeborough, the Victorian scholar of Yorkshire folklore.

The 1853 Ordnance Survey map does not name Nanny’s Nook, but it does name, 300 metres away, Nanny’s Spring.

Nowadays, the name Nanny is exclusively used as an affectionate name for a grandmother, but certainly in the 18th-century seems to have been used for an old lady probably a widow. Ralph Jackson of Guisborough wrote in his diary for December 1758:

Saturday the Thirtieth, I walkd upstreet, & in the evening went over to Nanny Cornforth’s, & sat till Eleven with her Son William, M Jackson Jun. & Tho. Saunders of N. Allerton.

Tuesday the Twentieth. I had a Lett. from my Mother commissioning me to hire Nanny Chapman, w I did after dinn: at M Lincoln’s, my Mother to gieve her 50 Shill. certain, & to be kind otherwise, wth her vails wch she’s to run the chance of [?], …

Although in these examples it seems a respectful endearment, the name was frequently tagged to witches of which there are several examples on the North York Moors.

However, a quick look through the English dialect dictionary of 1898 gives many other fascinating uses of the name: