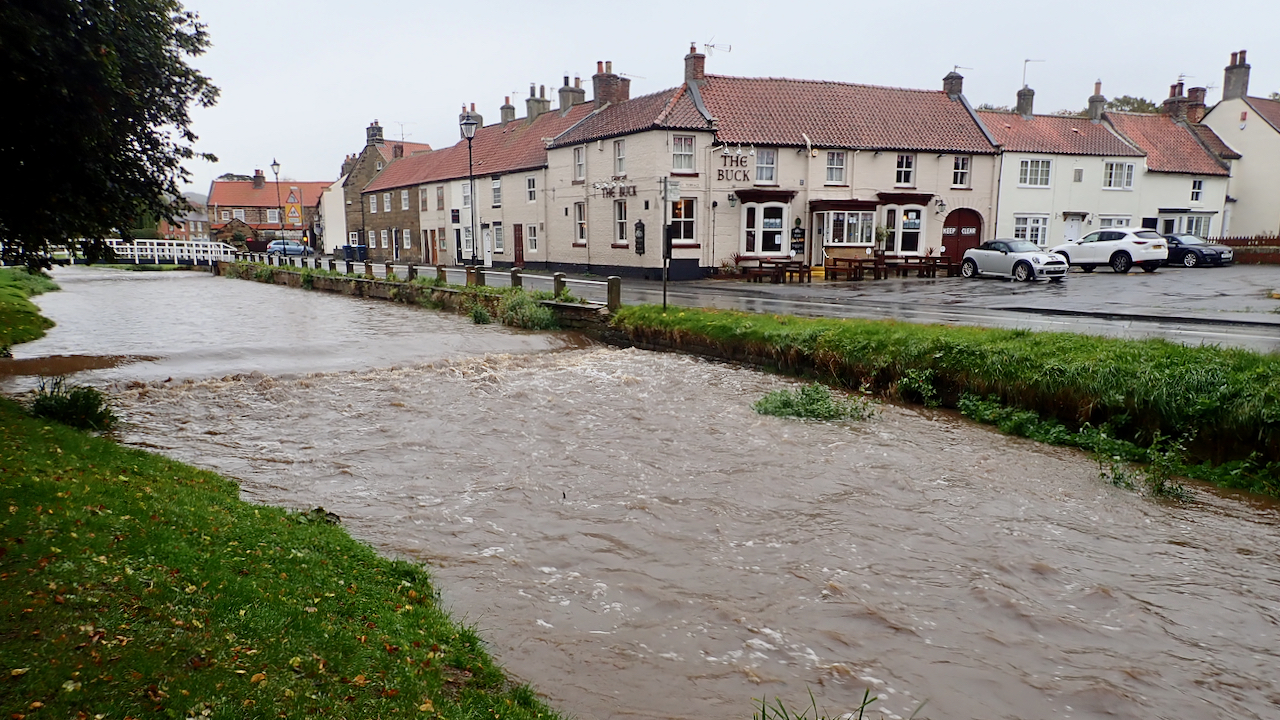 Ah, one of the songs from my teenage years. In fact, it could be a contender for the Motown section of my desert island discs.

The phrase is used to describe a person, traditionally Pierrot the sad clown, who appears cheerful and lively but, underneath the makeup, is emotionally distraught.

Like the pun? Maybe I could retrain as a tabloid headline writer.

Pun: a joke relying on words which sound alike but having different meanings. Say paronomasia instead if you want to appear classically educated.

Tier comes from the 13th-century Old French word tire meaning “rank, sequence, order, or kind”. It probably comes from the verb tirer “to draw out, endure, or suffer”.

Other words derived from this root are tirade meaning “a long, forceful speech” (think “a drawing out”) and attire (ad + tire) meaning “to fit out, equip; to dress in finery; apparel, clothes.” I think a certain amount of faith is needed here.

As you can see, a bit of a damp day in Great Ayton. The river was high, fast and a mucky brown. But hey ho, another day tomorrow.
 Open Space Web-Map builder Code