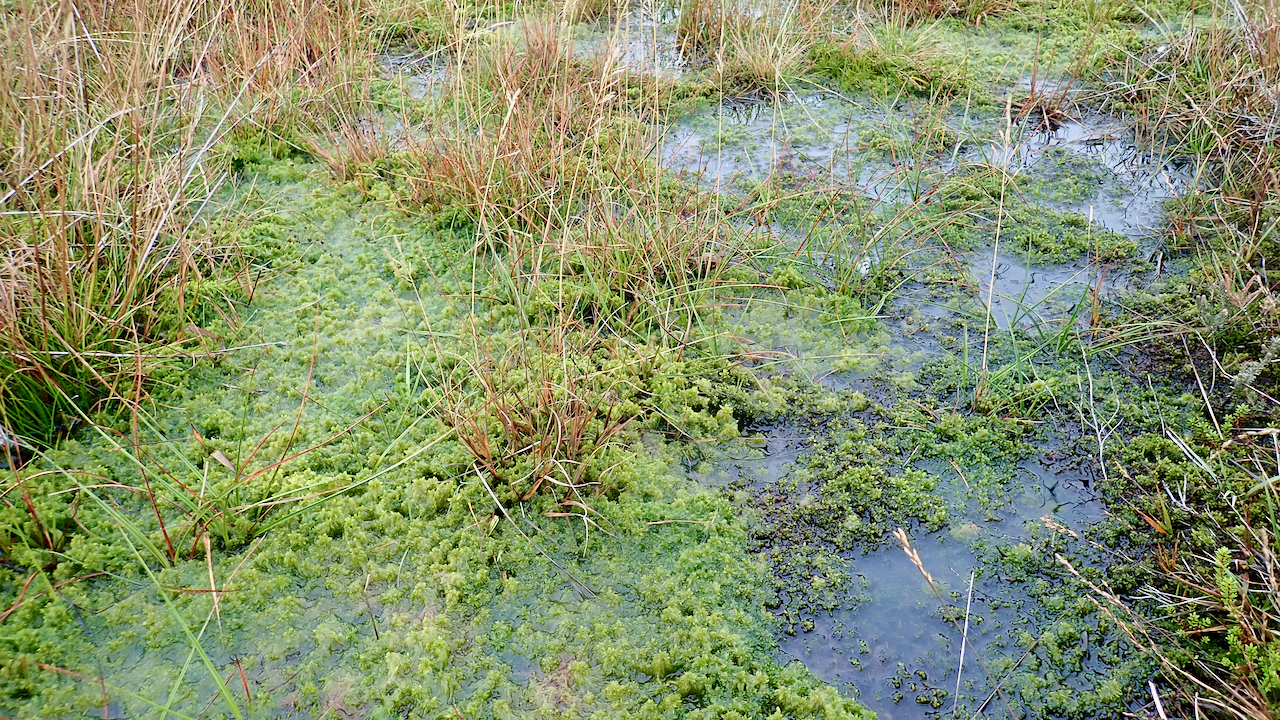 If you find yourself stuck fast in an area of seemingly stable ground that suddenly gives way underfoot and leaves you becoming engulfed and unable to go forwards or backwards, you’ve probably found yourself in a quagmire. Obviously, there may be current political parallels but this is about quagmires in which the predominant vegetation is Sphagnum mosses.

I say Sphagnum mosses because 36 different species have been recorded in the UK. They are small plants, ranging in colours of all shades from green to red, and tending to mat together to form large spongy carpets, which eventually decay to form peat. Although these different species have varied ecology, all are generally restricted to wet places. Even when dead, sphagnum can hold large quantities of water inside their cells, sometimes as much as 25 times their dry weight, helping them retain water when conditions become drier.

Dried sphagnum is both absorptive and acidic, which inhibits the growth of bacteria. Its ability to absorb many times its own volume of liquids meant that it has been used since medieval times as a wound dressing and nappy material. During the First World War, women and children (often boy scouts or girl guides) braved the midges, working for long hours in the cold, wet, bogs collecting moss to be made into millions of wound dressings for use on the front lines. The collecting was initiated in Scotland but soon spread to Ireland, Wales and the upland areas of England. By 1917-18, collections were being made in Canada, and in the USA, which had recently entered the war. Sphagnum dressings were superior to “traditional” cotton which was, in any case, needed in the manufacture of explosives.

It is said the Eskimos have 50 words for snow, well, the British Isles have at least that number for quagmires. Here are a few from the North of England and Scotland:

My favourite is contained in a variation of the old saying of falling out of the frying pan into the fire:

He got out of the muxy,
And fell into the pucksy.

Here a ‘muxy‘ is a dunghill, and the ‘pucksy‘ a quagmire.
 Open Space Web-Map builder Code